Kazakhstani sentenced to life imprisonment in US facing retrial12 февраля 2014, 16:44 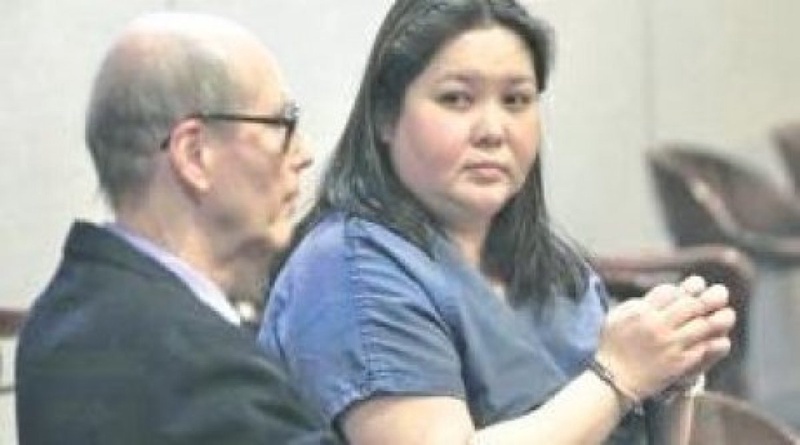 Asel Abdygapparova. Photo a courtesy of express-k.kz
Kazakhstan national Asel Abdygapparova convicted for life in prison in the United States is awaiting retrial and possible reduction of jail sentence, Tengrinews reports citing Express-K. Abdygapparova was arrested in 2001 and given a prison term as an accomplice in the murder of Rosa Maria Rosado, 37 in San Antonio, Texas. On March 31, Abdygapparova was driving with her boyfriend Ramon Hernandez, a registered sex offender, and his friend Santos Minjarez when they saw Rosado on a bus stop. Minjarez tried to steal her bag, but the woman resisted, and they pulled her into the car. Hernadez drove them away to a motel where the victim was beaten, raped and killed. Then they buried the body. Abdygapparova was involved in disposing of the evidence. On April 5, she filed a written statement to the police describing the assault, rape and killing of Rosado. Despite being considered a witness at first, she was eventually sentenced to a life prison term in 2005. Hernandez and Minjarez were sentenced to capital punishment. Hernandez was executed in 2012 and Minjarez died of a disease the same year. At the time of arrest, Abdygapparova was five month pregnant from Hernandez. She gave birth to her son in prison. He now lives in Kazakhstan with Abdygapparova’s relatives. In the case the retrial is successful for Abdygapparova, her prison term will be shorted to 28 years. Earlier, the court of appeal agreed that at the time of the initial trial Abdygapparova was not able to use all means of defense and the court did not taken into account her testimony and assistance to the police.