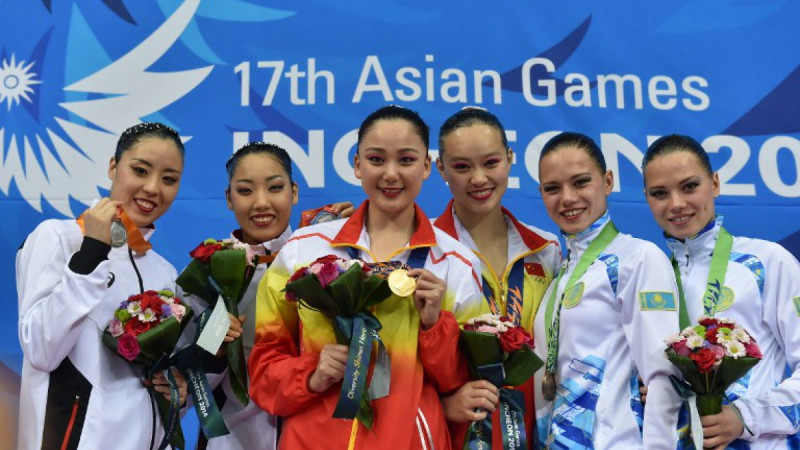 Dmitriy Balandin: The victory was not an easy one. We worked very hard. I am happy that all of it was not futile. Winning three gold medals is an incredible feeling I cannot put into words. I want to thank everyone who supported me, my parents, friends and, certainly, my coach. I am grateful to everyone who contributed to my trainings.

Vesti.kz: Did you expect the victories?
Dmitriy Balandin: When I was going to the Asian Games, I wanted to win a bronze medal tops. But my final results surpassed all the expectations. When I won the first medal I was very happy and euphoric for two days. When I got the third gold, I felt drained and had no strength even to smile. Vesti.kz: Online you are called Kazakhstani Michael Phelps and there are rumors that Americans have invited you?
Dmitriy Balandin: It is a very kind comparison. But I have a very long way to go before I get to his level. As for the Americans, there were no such offers. (Laughs)

Vesti.kz: Why did you choose swimming?
Dmitriy Balandin: I was brought to swimming classes by my parents when I was 5. They just wanted me to learn to swim. But I was noticed there by trainers and they offered me to train professionally.

Vesti.kz: What do you plan to do now?
Dmitriy Balandin: There is the World Championship in the end of the year. But as of now, I just want to relax.