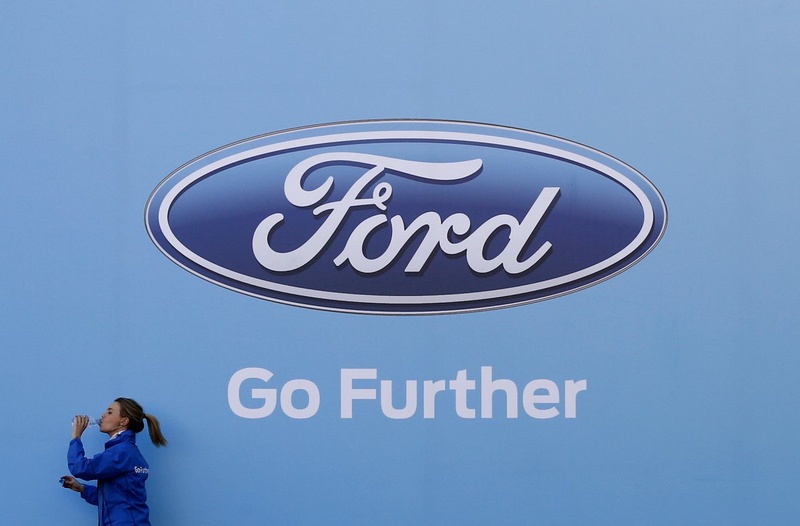 ©Reuters/Daniel Munoz
US automaker Ford said Thursday it will open two new plants in China and a third in Brazil next year while adding more than 5,000 jobs in the United States, AFP reports. "It will be the largest expansion of Ford manufacturing in the past 50 years," Joe Hinrichs, Ford's president of the Americas, said at a news briefing at the company's headquarters near Detroit. Ford plans to remodel or expand seven plants in the US where it is preparing to introduce 15 new vehicles in 2014, including the new Mustang, a small luxury sedan and a North American version of the small Transit Connect van Ford now sells in Europe. The second-largest US automaker also said it would add 1,700 blue-collar workers in manufacturing cars and 3,300 engineers in design and quality assurance. "We saw unprecedented growth in the United States this year," Hinrichs said, adding that Ford had gained one-half point of market share in the highly competitive US market, boosted by robust sales of the Ford Fusion sedan and the Ford Escape utility vehicle. In China, the world's largest automobile market, Ford plans to complete a new assembly plant as well as a new factory for engines and transmissions at its manufacturing hub in Chongqing. It will also build a new engine plant in Camacan, Brazil. The expansion comes as the company introduces 23 new vehicles in markets around the world, the company aiming to offset a decline in European sales. Ford's sales in China have increased by 50 percent this year and the company's market share has expanded by more than 0.6 percentage point to 3.7 percent. China sales have helped make the Ford Focus the most popular car in the world, Hinrichs said. Of the 6 million vehicles Ford has sold this year, 1.1 million are Focuses, which are sold in Europe, North and South America as well as Asia. The company also showed reporters an experimental, "automated" Focus, capable of scanning its surroundings for potential hazards and maneuver around them. It will help make driving safer, said Raj Nair, Ford executive vice president of product development.