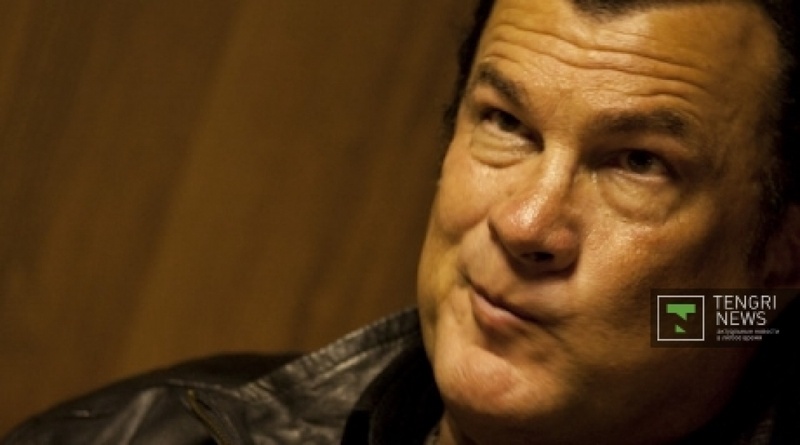 Steven Seagal told about his financial problems. Photo by Vladimir Dmitriyev©
Steven Seagal is hoping for a support from Astana Akim (Mayor) in shooting the movie about Genghis Khan. At the press-conference on July 2, the actor said that he still wants to make a movie about the life of Genghis Khan, but has financial problems, Tengrinews.kz reports.
Continuation
1.
Action movie with Michael Madsen to be shot in Astana
“I'm facing financial challenges with movies because of the crisis in America. It is not a good time for the movie industry itself. I really want to make a movie about Genghiz Khan. I receive many offers, but I want to make a big epos. I will get help from my friend, the mayor of Astana, who is also an expert on Genghiz Khan's life,” Seagal told journalists. It is well-known that life of the great commander is a favorite topic for Seagal and he can talk about Genghiz Khan for hours. A famous actor has his own opinion on why Genghiz Khan's grave has still not been discovered. “I made many researches in this area. For example, my friend, Imangali Tasmagambetov, a Mayor of Astana, thinks that the grave is here. Chengiz Khan's grave was very massive and had many treasures. He was buried with his warriors and horses. Many people who found this grave either killed themselves or faced troubles. I personally believe that we cannot find his grave because Genghiz Khan does not want to be disturbed. However, we could find his grave if there is karma's or Universe's will.” This was just a short extract from Seagal's reply about Genghiz Khan. The actor gave a whole historical lecture on this subject. Seagal has had the idea of shooting a movie about Genghiz Khan and playing the main part in it for a long time. He has been negotiating with Kazakhstan Ministry of Culture since 2006.