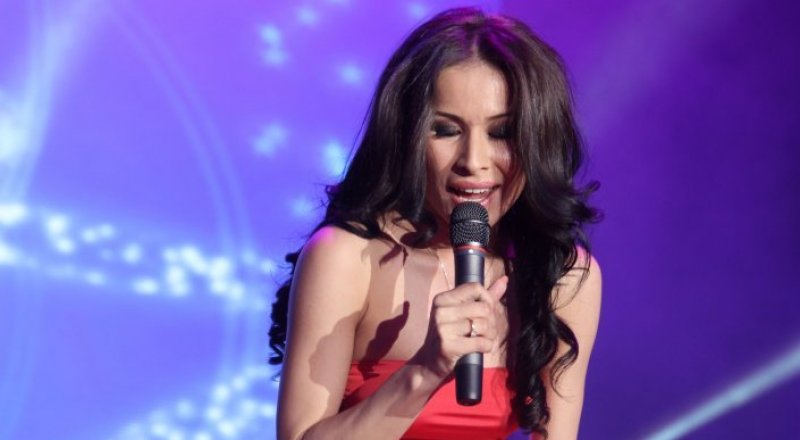 Luina was invited to participate by the show’s organizers. But first she had to pass a preliminary casting.

Rising Star is not an ordinary singing competition, as unlimited number of people may determine whether a participant proceeds to the next stage or not.

While viewers vote for the participants via a mobile app developed specifically for the show and images of voters from their Facebook pages appear live on the large screen facing the singer, judges simultaneously vote by pressing their Yes/No buttons. Their votes count for 7 percent each.

The wall disappears once the performer secures 70 percent of votes.

Luina is going to face other contestants in the second round and compete for the right to advance to the semi-finals.

“This is a huge honor and responsibility to perform at the show of such a scale. Yes, I am a little bit anxious, but, in fact, it is a priceless experience and you get incredible emotions, when you are standing on the stage and realizing that millions of people around the world are watching you live,” Luina shared.

Luina was born in Zhanaozen town in western Kazakhstan in 1987. She became popular in Kazakhstan after reaching the semifinals of the Kazakh version of X-Factor. Since then, she has been recording songs and music videos with her colleagues from Kazakhstan and Russia.