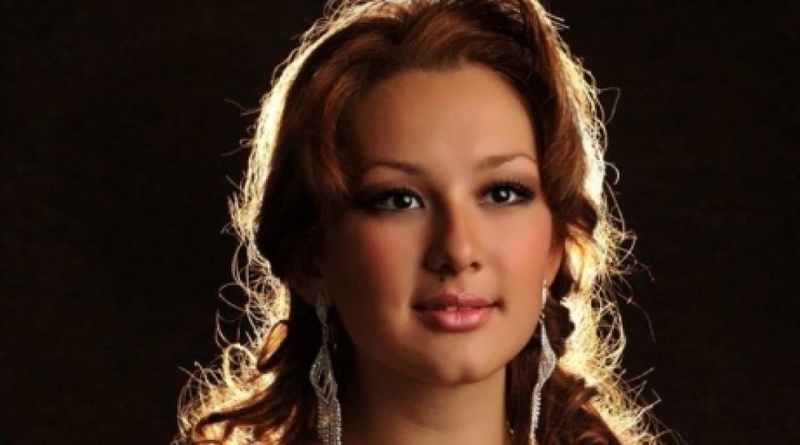 Maria Mudryak. Photo from singer's personal archives
Kazakhstani singer Maria Mudryak performed the lead role in Mozart’s
Continuation
1.
Maria Mudryak to enchant poet with her singing of ‪The Tales of Hoffmann‬ opera
The Marriage of Figaro at The Teatro Carlo Felice in Genoa, Tengrinews reports. The 19 y.o. diva impressed the audience and the leading critics with her take on Susanna on March 15th. Ms. Mudryak said that her heroin was difficult to play. “The role of Susanna is very difficult and requires a high quality performance during all three and a half hours of the concert. In addition, it was important to tell the story written by Beaumarchais for Mozart’s music with ease and fun. It was difficult but I’m glad that was entrusted with such a difficult role at the age of 19. I’m sure I managed,” the singer said. The young singer won the role in The Wedding of Figaro at the International AsLiCo competition last year in January. The competition took place in Italian Como. Italian media named Ms. Mudryak the mascot of the International Young Opera Singers Competition. Maria’s signing career started at the age of 5 when after recording her solo album she was named the youngest singer in the world by the Guinness Book. At the age of 10, she was accepted into the La Scala academy as an exception. Then Maria entered the Kazakhstan National Conservatory, as the youngest student again. The young singer was named the best opera singer of Italy in 2011 at the National Competition in Italy. She won a Bolashak education scholarship and a year later she graduated from the Milan Conservatory as the youngest student to complete the whole course. At the moment, Maria is continuing her studies at the Music Academy in Milan and working at The Teatro Carlo Felice in Genoa. She has everything planned ahead. Later in March, the Kazakhstani singer will be performing Musetta’s part in Puccini’s La Boheme. In summer, Maria will be participating in an opera festival in Salzburg.