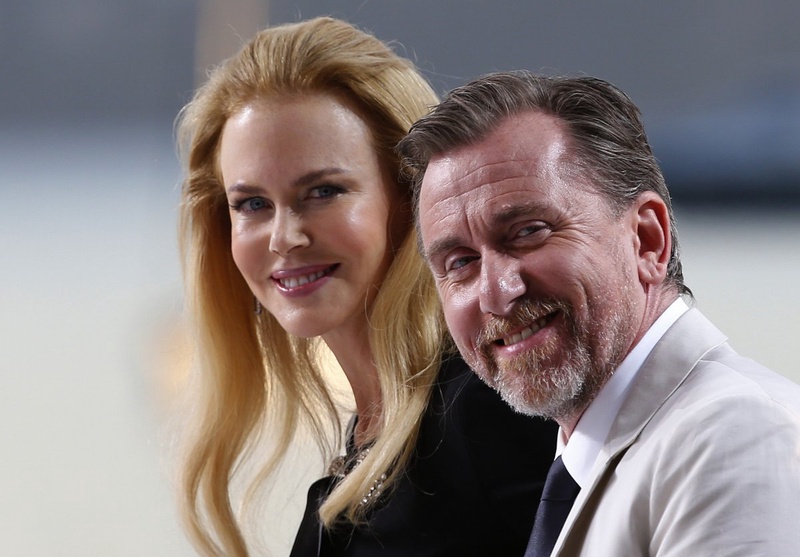 A great or glittering life is no guarantee of a gripping biopic, say film-makers, as the Cannes Film Festival prepares to open Wednesday with the first big screen adaptation of the life of Monaco's Princess Grace, AFP reports.

From Alexander the Great to Princess Diana by way of Jerry Lee Lewis, Amelia Earhart and J Edgar Hoover, cinema is littered with biopic turkeys that promised much but fell flat at the box office.

Even before its release, this year's Cannes opener "Grace of Monaco", with Nicole Kidman as the former Hollywood star Grace Kelly who married her prince, has had its fair share of controversy.

The princely Grimaldi family has branded the film a "fiction" and will boycott the premiere while a transatlantic row over editing between French director Olivier Dahan and US distributor Harvey Weinstein has made headlines.

And while publicity -- of any kind -- often helps a film, Dahan will be hoping his movie can avoid the kind of critical mauling meted out to another recent biopic, Oliver Hirschbiegel's "Diana".

Like Grace, Diana married a prince in a "fairy tale" wedding and captivated the world public before dying in a car crash.

Her life was hardly short on drama but Hirschbiegel's 2013 film starring Naomi Watts as Diana bombed when it was released, taking only around $60,000 on its opening weekend in the US.

One reviewer described it as "fabulously awful"; another said it fell into the trap of being "excruciatingly well-intentioned, reverential and sentimental".

Dangers include directors not being free to pursue their own vision and consequently producing a movie that appears too "enthralled" with its subject.

"People get life rights from people, especially if you're working with a living character but then it's a question of whose vision of the story is it?" she told AFP by telephone from the US.

"Because what a writer or a director sees might not be the same thing that a family sees in somebody's life.... getting approval can work out but there's also the risk of being too celebratory to the extent that there's nothing there," she said.

"The risk is ending up with a film that everyone is happy with but that nobody wants to see," she added.

Bonello's film follows Jalil Lespert's "official" biopic on the high priest of fashion released with the blessing of his business and romantic partner Pierre Berge earlier this year to lukewarm reviews.

French veteran actress Catherine Deneuve, a friend of the designer who died in 2008, praised the actors but concluded that Lespert's movie was "not a film that disturbs".

She said she expected Bonello's film to be "darker".

"I did not recognise the atmosphere that I knew (in Lespert's film), that tension, that nervousness, the love affairs," she told Le Monde in April.

"Bonello will surely deal with the darker side of things, the melancholy, the health problems, the alcohol, the drugs...," she said.

French film director Lionel Delplanque, whose 2006 film "President" depicts a fictional French head of state, said another main cause of blandness in biopics was the failure of the film-maker to find an angle.

"The point of view is very important," he said, giving Milos Forman's 1984 film "Amadeus" about Mozart as an example of one of the most successful biopics.

Approaching Mozart's life from the perspective of an envious fellow composer, a real-life figure named Antonio Salieri, "Amadeus" won eight Oscars in 1985 including best picture and screenplay for writer Peter Shaffer who adapted it from his own stage play.

"He (Salieri) is the first man to recognise his (Mozarts's) genius and his tragedy was living in the same century as a genius," said Delplanque.

That extra dimension, albeit one that involved a lot of creative licence and took advantage of the fact that all the characters were long dead, allowed the film to rise above the merely biographical and episodic, he said.

Cannes Film Festival organisers have defended the right to creative licence of the makers of "Grace of Monaco".

Curran Bernard said that within certain limits it was essential for film-makers to be able to create fictional scenes.

Without that freedom, she said, it was difficult to get viewers to suspend disbelief and care about what happened next.

"It (Amadeus) very much overplayed what was really there in terms of (the true story of) Salieri," she said.

"But it was not a documentary and it worked as a drama," she added.