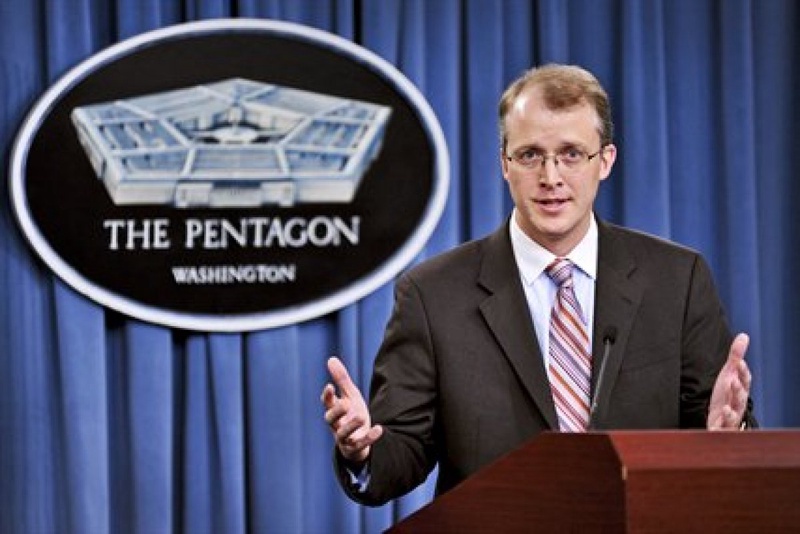 Pentagon press secretary George Little. Photo courtesy of defense.gov
The Pentagon has not decided whether a book by a former US Navy SEAL on the raid that killed Osama bin Laden exposes state secrets but it is keeping its legal options open, AFP reports according to a spokesman. "I'm not going to characterize one way or the other whether we think there's classified information in it," press secretary George Little told reporters. "We are going to preserve our options." The Pentagon's top lawyer issued a warning late Thursday to the author of "No Easy Day," saying he had violated non-disclosure agreements he signed while in uniform -- including a pledge to submit any book for review before publication. "Those agreements are very clear, that when you write something that may contain classified information, you need to have it go through pre-publication review by this department," Little said. "That did not occur in this case. And we take these agreements and our obligation to protect classified information very seriously." The former Navy commando wrote "No Easy Day" under a pseudonym, Mark Owen, but has been identified by US media as Matt Bissonnette. The book is due to be released next week but has already sparked a wave of publicity and controversy. In similar cases, CIA employees who failed to submit their manuscripts for review have been found guilty in court of violating their contractual obligations, regardless of whether their books disclosed classified information. The government then has the right to demand access to any profits from the unauthorized books, said Steven Aftergood of the Federation of American Scientists, who writes a blog on government secrecy. The non-disclosure agreements "have been consistently construed by courts as a binding contract," Aftergood told AFP. Failing to submit a manuscript qualifies as a civil case, but if the Pentagon concludes secrets were revealed in the book, the former commando could be subject to criminal prosecution, he said. "If there were classified information (revealed) and the author knowingly and willingly disclosed classified information ... then there might be a criminal dimension to it," he said. Last year, a federal judge ruled in favor of the CIA in a case involving a former officer with the spy agency, saying the agent had failed to secure approval for his book, "The Human Factor," before its publication. The author had submitted a manuscript but argued the CIA had intentionally stalled its review to try to prevent publication of the book, which was critical of the intelligence agency's management.