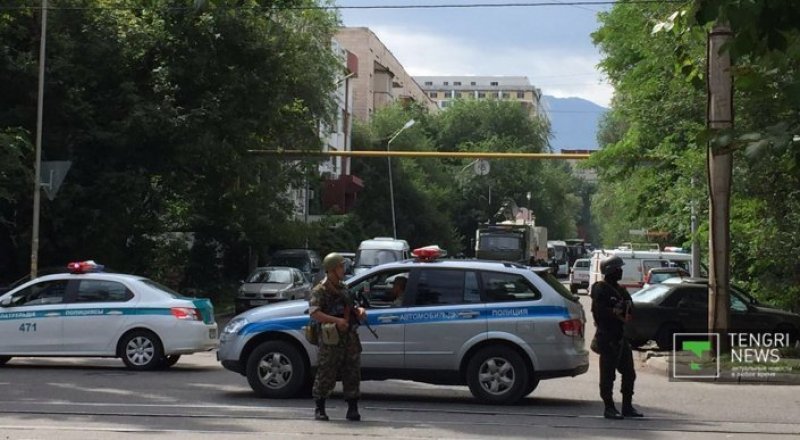 Kazakhstan said Tuesday that a man held over a bloody assault on security forces has confessed to wanting to kill judges, as a fourth police officer died from his wounds, AFP reports.

Authorities announced the death toll for Monday's attack on a police station and security building in the nation's financial hub Almaty had risen to six, including four officers.

President Nursultan Nazarbayev has branded the incident an "act of terror" while other officials linked it to radical Islamists.

But the motives behind the attack -- the second bloody assault to shake the usually stable ex-Soviet republic in recent months -- remain unclear.

The country's interior minister said the suspect, Ruslan Kulikbayev, had admitted in questioning that he "attempted first and foremost to kill judges and officials of the prosecutor's office" before deciding to kill police.

The government has offered few details about a second man who was detained, other than revealing that he was found in possession of a weapon close to the first suspect.

This is the second violent flare-up to rock the country this summer after deadly shootings shook a town in Kazakhstan's northwest in June.

Gunmen went on the rampage in Aktobe near the Russian border on June 5, killing four civilians at two gun stores before they attempted to storm a military base with a hijacked bus, killing three soldiers.

In a statement following the Aktobe violence, Nazarbayev called the gunmen "followers of radical pseudo-religious groups" and said they had operated on "instructions received from abroad".

At least 18 suspects were killed in a government operation following those attacks.

But growing social dissatisfaction in the majority-Muslim nation has grown as the economy reels from low oil prices and the economic slump in neighbouring Russia, a strategic ally.