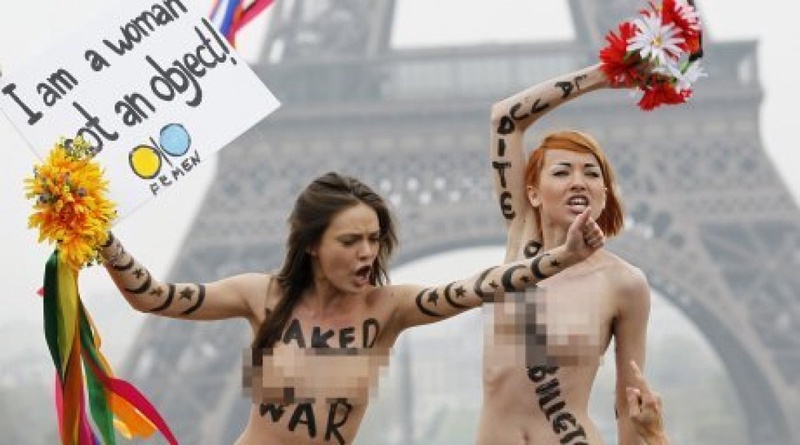 Femen protest. ©REUTERS
Activists of the scandalous movement Femen are going to visit Astana prior to the global fair EXPO-2017, Channel 7 reports. The activists said that they had been “keeping an eye” on the country for a long time and were planning to make it a hub of their Asian supporters. According to them, the total of over 300 thousand women in 20 countries like the topless movement. “We know about horrible crimes, women kidnapping, the “brides kidnapping” tradition and that it is hard for women to take part in protests. I think that Kazakhstan women do not deserve such fate. Femen protests are possible in your country. But the only thing is that such protests require spirit and courage of Kazakhstan women,” the movement’s leader Anna Gutsol said. The activists also spoke about the movement’s financial sources. Those are voluntary donations and sales of souvenirs. “We are selling our T-shirts. Well, we don’t really sell them. We call it an exchange for charity donations. The T-shirts with our logos are of demand, that’s why we print them and exchange for money,” the activist Yana Zhdanova said. Femen held the latest campaign on April 8 at the Hannover fair. The activities went topless and yelled obscene slogans in English in front of Russian President Vladimir Putin and German Chancellor Angela Merkel. Putin later said he liked the campaign.