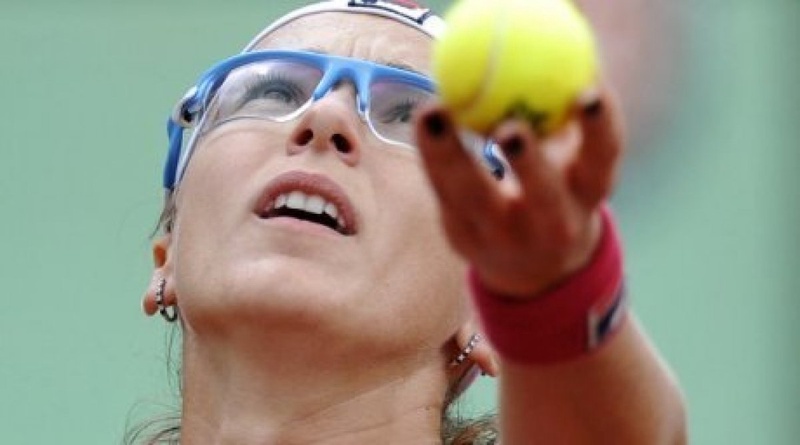 Kazakhstan's tennis professional Yaroslava Shvedova. ©RIA Novosti
Kazakhstan tennis professional Yaroslava Shvedova has made it into the third round of the WTA Mutua Madrid Open-2013 that is being held in Madrid,
Continuation
1.
Tennis: Shvedova in WTA top thirty again
Vesti.kz reports. The Kazakhstan No.1 in tennis won over Belgia’s Kirsten Flipkens in the second round of the tournament. Shvedova won a break point in the first game and then won one more game on her serve. She finished the set losing only two games to her rival – 6:2 in the first set. Shvedova started the second set by winning a break point once again, but then Flipkens did the same. After that the Belgian tennis professional took the lead for the first time, but Shvedova managed to even the score. The tennis players kept taking turns to win games with each of them winning only on her rival’s serves. Flipkens was more successful in the end of the set and secured a victory – 4:6. In the third set the tennis professionals kept winning on their own serves till the ninth game and then Shvedova won a break point. Kazakhstan’s player won on her own serve again and the match ended with the score of 6:2, 4:6, 6:4 in her favor. On May 9 Kazakhstan's Shvedova will play against Spain’s Anabel Medina Garrigues, who has won American Madison Keys in the second round.