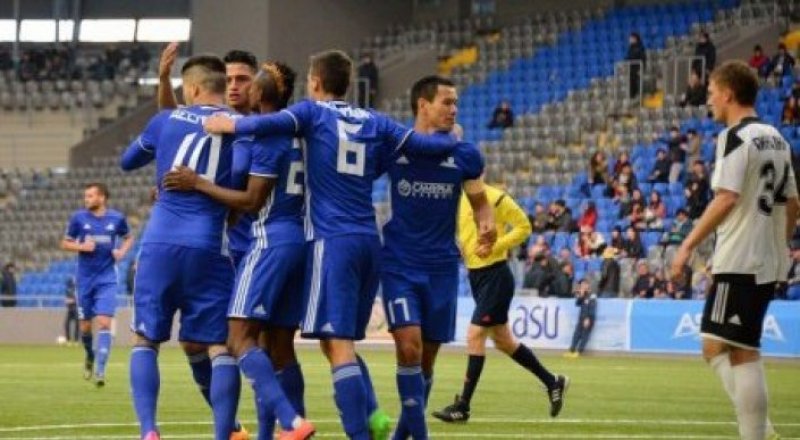 A quartet of state-of-the art, government-built stadia rise out of former marshland in energy-rich Kazakhstan's futuristic capital Astana, but the Central Asian state's soaring sporting ambitions have been shot down by the global oil slump, AFP reports.

Residents of the 900,000-strong city tasted the elite of European football earlier this season as FC Astana, backed by the country's sovereign wealth fund, made national history by becoming the first Kazakh club to reach the group stage of the UEFA Champions League.

Along with the Astana Pro Team cycling outfit –- famous for doping scandals as well as successes in the Tour de France –- FC Astana form the lynchpin of the image-boosting Astana Presidential Sports Club launched in 2013 by the country's veteran leader Nursultan Nazarbayev.

Since then, however, prices for the ex-Soviet state's key crude export have more than halved from a high of above $100 per barrel, while an economic crisis in neighbouring Russia has only compounded cashflow problems.

"There is a gap in funding for the Astana Presidential Sports Club, we cannot deny this," Darhan Kaletayev, managing director of the Samruk Kazyna sovereign wealth fund, told AFP in his office overlooking the young capital's architecturally adventurous cityscape.

Budgets for the club's basketball and hockey teams will be cut, Kaletayev explained, while funding for football and cycling has dropped in "real terms" after the national tenge currency shed half its value against the dollar amid economic volatility last year.

- From Atletico Madrid to 'Yel Clasico' -

FC Astana surprised many by bowing out of Champions League Group C unbeaten at their 30,000-capacity Astana Arena, securing draws against Portugal's Benfica, Spain's Atletico Madrid and Turkey's Galatasaray but only picking up one point on the road.

But the money-spinning novelty of qualification -- worth approximately $13 million to the club -- must now become habit if the team is to retain and attract top players.

A recent game pitting FC Astana against their biggest domestic rivals FC Kairat –- a club from the former capital Almaty -- testifies to challenges the government faces in making its flagship football team sustainable.

"We call this our Yel Clasico," jokes Ablaikhan Muzhubayev, a fan decked out in FC Astana's yellow and blue colours, punning 'el Clasico', the derby between Real Madrid and Barcelona, by substituting the Kazakh word 'yel' or 'people'.

But the game Astana won 1-0 in front of an official crowd of 11,000 people that appeared even smaller feels a far cry from one of the world's most-watched sporting events.

"There was so much energy and noise at the Champions League games," Muzhubayev told AFP wistfully.

"We need more of that for our domestic league."

The game's goalscorer Nemanja Maksimovic, embodies a recruitment blueprint that values up-and-coming talent over big names like ex-Arsenal star Andrei Arshavin, who cut a disinterested figure for the opposition.

But the 21-year-old Serbian starlet, who scored the goal that fired FC Astana into this season's Champions' League, is also the type of player the club will struggle to keep in the new era of austerity.

"What we see in Kazakhstani football as a whole is that one club might have good finances one year and no finances the next," FC Astana's no-nonsense Bulgarian coach Stanimir Stoilov told AFP on the sidelines of a training session at the arena.

"That (instability) will kill any team immediately," said the coach, who was not allowed to discuss financial matters relating to FC Astana specifically.

Yet those riders and the team as a whole featured prominently in the doping plague that has bedevilled the sport and triggered calls for a permanent ban on Astana Pro and other outfits found guilty of multiple doping violations.

Kaletayev of Samruk-Kazyna admits the scandals damaged Kazakhstan's reputation and claims the club has since turned itself around to become a "leader in anti-doping programmes."

Moreover, while new mega-projects have been ruled out as the country weathers its worst economic crisis in almost two decades, Kaletayev says Kazakhstan is only at the beginning of a "big journey" in sport.

"We want to encourage more sport at grassroots level and build up our profile in paralympic sport. These are goals that are reachable for the moment," he told AFP.

"Of course, everything depends on finances but we are searching for co-sponsors and look to the future with much optimism."