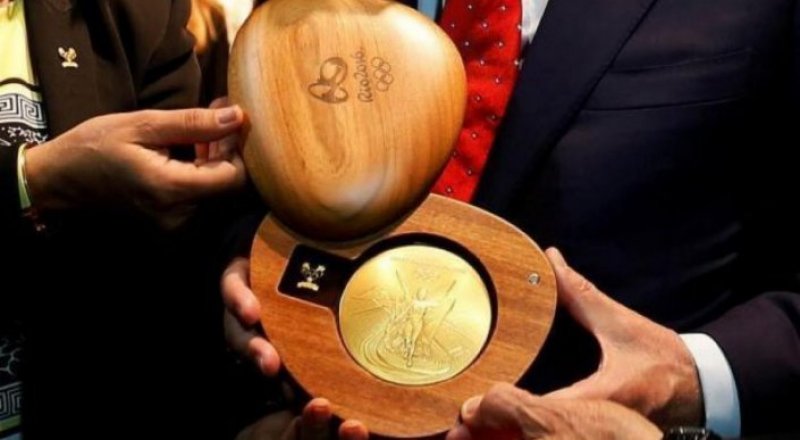 Overshadowed by the Russian Olympic doping scandal, the sport of weightlifting has been waging its own battle against drug cheats who have long tainted its reputation, AFP reports.

The sport's governing body, the International Weightlifting Federation (IWF) has launched a concerted clean-up effort in preparation for the Rio Games, resulting in some staggering statistics.

There were an unprecedented 24 positive drug tests at last year's world championships in Houston and re-testing of samples from the Beijing and London Olympics unearthed at least 20 positive results.

The subsequent bans included four gold medallists from London, among them Kazakhstan's double Olympic champion Ilya Ilyin, one of the biggest names in the sport.

IWF director general Attila Adamfi concedes it's not a good look but says the figures show the zero tolerance regime is working.

"We are showing that we are not just interested in producing nice statistics," he told the aroundtherings.com website earlier this year.

"We are not afraid to catch the biggest stars, it doesn't matter who you are. We are having so many positives because we are conducting so many tests."

The IWF has barred the Russian and Bulgaria teams from the Rio Games for repeated doping offences, with Kazakhstan and Belarus warned they could face the same fate.

In addition, the IWF has punished North Korea, Romania, Azerbaijan, Uzbekistan and Moldova by reducing the allocation of lifters they can send to Rio.

The clean-up campaign has been complicated by the McLaren Report into Russia's state-sponsored doping programme.

The report found that the Moscow laboratory at the centre of the programme hid 117 positive weightlifting tests over a four-year period, a figure second only to track and field.

But IWC vice president Sam Coffa said the International Olympic Committee's (IOC) refusal to impose a blanket ban on Russia would probably delay any action on the findings.

The IOC has instead asked sporting federations like the IWF to decide on whether to ban Russian athletes, but Coffa said his organisation was unlikely to deal with such a complex issue before the Rio Games.

"They have lit the fuse and then retreated into a bunker," Coffa told The Australian newspaper.

Russia, Kazakhstan and Belarus each have eight lifters listed to take part in the Rio Games, meaning 24 of the 260 Olympians in the event could be competing under a doping cloud.

It is not the first time weightlifting has faced a drug scandal. The sport's reputation for drug abuse is rivalled only by cycling and sprinting.

Bulgarian weightlifting teams were sent home in disgrace from the 1988 Seoul and 2000 Sydney Olympics and withdrew voluntarily ahead of the 2008 Beijing Games.

After the latest ban, the joke doing the rounds among Sofia's sports commentators was that "Bulgaria's doping team was caught weightlifting".

Doping was so rife after the 1992 Barcelona Games that weightlifting's governing body changed all its weight classes, expunging all its Olympic and world records in an attempt to turn a new page.

Weightlifting was one of the nine sports included in the first modern Olympics in 1896 but its doping problems have previously brought its status into question.

Prominent anti-doping activist Dick Pound said in 1988 that the sport should be dropped until it had proved it was clean and the-then WADA chief John Fahey suggested the same in 2008.

Adamfi told an anti-doping conference in Russia earlier this year that weightlifting's status as an Olympic sport could not be taken for granted.

"We fight against doping, first of all, for the sake of athletes' health and for preserving the Olympic status," he said.