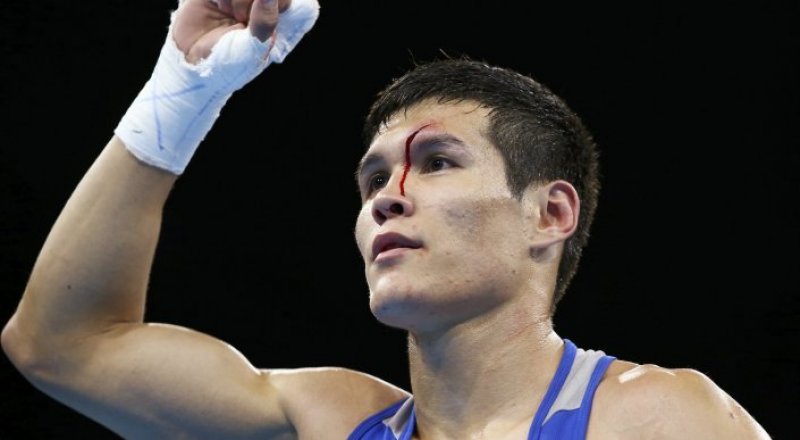 The victory will be all the sweeter for Kazakhstan -- a major force in amateur boxing -- after Vassiliy Levit was defeated in the heavyweight final on Monday in a highly controversial points decision.

Yeleussinov won on unanimous points, with Souleymane Cissokho from France and the Moroccan Mohammed Rabii each taking home bronze.

Kazakhstan's small band of supporters celebrated wildly and Yeleussinov paraded around the arena with the country's blue flag on his shoulders.

The first round saw underdog Giyasov the aggressor as he stalked his more decorated foe around the ring, at one point dropping his arms entirely as if going for a walk in the park.

The referee soon got sick of that and told him to keep his arms up as Giyasov, 23, attempted to ruffle the Asian champion with some sportsmanship.

Yeleussinov, 25, suffered a nasty gash in his semi-final win over Cissokho -- the fight was stopped because the wound was so bad and they went to the scorecards, with the Kazakh ahead on points.

That cut over his left eye only had two days to mend -- nowhere near enough time -- and it opened up again in the second round and his corner went to work furiously on it before the third and final round.

Giyasov was aiming for that spot but Yeleussinov is a slippery and clever customer and kept largely out of harm's way, as his opponent became increasingly desperate and went in search of the knock-out.