Miracles of Fire: The real story behind Arlan's loss to Baku Fires 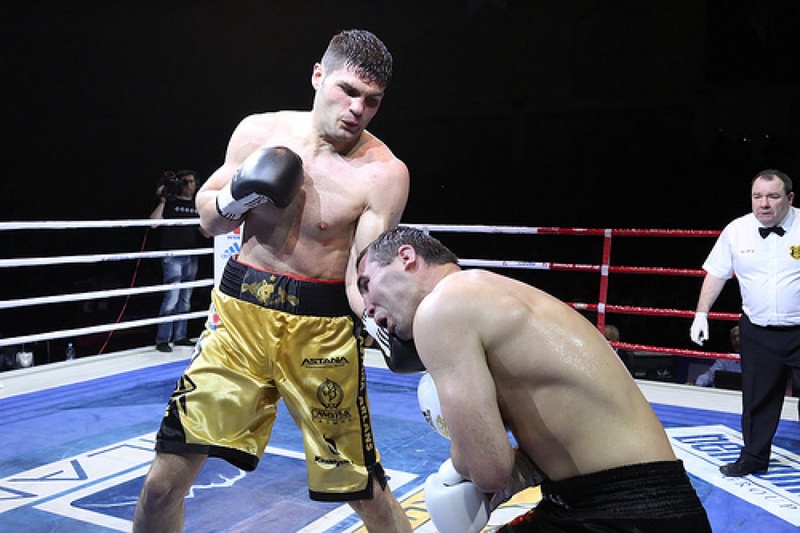 Kazakhstan’s Astana Arlans faced Baku Fires of Azerbaijan in the second leg of the WSB semifinals in Guba, Azerebaijan, Tengrinews reports. The Wolves won the first leg of the semifinals 3:2 in Almaty.

But what happened in Guba can be described as a sheer “miracle”. As one of the Kazakh reporters wittily concluded, the Astana Arlans-Baku Fires fight “was won by the judges”.

The miracle started right on the first flyweight category (-52 kg) with the young Arlan Ilyas Suleimenov and Elvin Mamishzada of the Baku Fires. Suleimenov was precise with his jabs and crosses and showcased great footwork. In the third round, Mamishzada overwhelmed Suleimenov with his vigorous attacks and continuous clinching. But the Arlan boxer still tried to jab and catch Mamishzada with an uppercut while being clinched by Azeri boxer. In the 3rd round with 5-second left, Mamishazada caught Suleimenov’s head with his left arm and started punching the top of his head. The Arlan jabbed and tried to get away the clinch clearly bewildered by the illegal punches. In the following 4th round, Suleimenov threw some impressive one two combinations at Mamishzada who seemed to be overwhelmed by his fatigue. The Baku Fires boxer tried to jab at Suleimenov in the 4th and 5th round and had moments of heightened activity, but the Kazakh boxer outclassed him with his techniques and precision. It seems, the judges decided not to notice that and gave the Azeri boxer the victory.

The lightweight category (-60 kg) fight ended surprisingly fast. The Captain of the Wolves Samat Bashenov might not be having his greatest season so far. He had previously lost to his opponent Albert Selimov on week 6. In the 1st round, the boxers seemed to be testing the ground and trying to find cracks in the opponent’s defense. Selimov was focusing on defense and got back at Bashenov in counter attacks only in the first half of the round. Bashenov had trouble reaching his opponent as the Azeri boxer showcased a great footwork. Bad boy Selimov had a good number of precise jabs. In the 1st round, Bashenov lost to Selimov with 9:10, 9:10, 9:10. On the 34th second of the 2nd round, Bashenov got a split eyebrow. The WSB doctor surprisingly announces a TKO.

The coach of the Astana Arlans Sergei Korchinsky commented on the TKO. “We have our own doctor and we would have continued the fight even though the eye brow split was serious and (Bashenov) got stiches afterwards,” Korchinsky told sports.kz. Sergei Derevyancheko, Ruslan Myrstayave and many other boxers fought and won despite split eyebrows. But the doctor decided it was too much for Bashenov.

According to the WSB rules, the winner of the first round wins the whole fight and adds a TKO to his record. Hence, Albert Selimov won Samat Bashenov with a TKO.

This brought the Baku Fires one more win and the score got to 2:0.

The welterweight fight had some controversy for the Astana Arlans as the captain of the National Team and World Champion Daniyar Yeleussinov who was chosen to represent Kazakhstan in Azerbaijan decided not to fight. The management of the Wolves had already sent another welterweight boxer Meirim Nursultanov home and they had only 3 days to prepare Manat Omerzakov to fight Ramashkevich.

“Manat is similar in boxing manner to Ramashkevich and he had some successful moments, but overall Ramashkevich outclassed him,” Korchinsky said.

In light heavyweight (-81 kg), Hrvoje Sep fought against the Baku Fires mercenary Mikhail Daukaliavets from Bulgaria. The Baku Fires boxer kept clinching Sep from the first round. Sep managed to connect a number of uppercuts while in clinch. The Bulgarian kept losing his mouthguard and was given a warning. In the 4th round, Daukaliavets had some impressive moments. Even though, this time Sep was not his usual unstoppable self and Daukaliavets was pretty impressive for a debutant, he could not get another victory for his team. Hrvoje Sep won Mikhail Daukaliavets bringing the scores to 1:3.

The super heavyweight (+91 kg) fight was the decider, and in case of an Arlan victory there would have been a tiebreaker fight. This is where the real miracle took place. The 21 y.o. heavyweight Croatian warrior Filip Hrgovic (13WP / 5TKO) who despite his young age has been in WSB since the 1st season outclassed Haji Murtazaliev (4WP / 3TKO) through and through. The credit should be given to Murtazaliev for being able to remain standing against Hrgovic for 4 rounds. The Azeri tried reaching Hrgovic with cross punches but with little success. In the 4th round Murtuzaliev was given an 8 count. Hrgovic certainly got more connecting punches than the Azeri boxer who was clearly tired in the final round. But in the end, despite Hrgovic’s dominance and superb boxing, the referee lifted Murtuzaliev’s hand.

Sports.kz wrote: “Hrgovic-Murtuzaliev fight barely started when the live score on the official website disappeared and (…) then suddenly Filip lost before coming to the ring”. The Astana Arlans fans were outraged and the posts with the scoring screen shot went viral on social media.

If that was not a technological miracle, how else can one explain the loss of Hrgovic?

“New rules state that you can appeal against referee decision only. (…) Everyone knew that Cuba was going into the finals. The Cuba-Russia fight was not as important as ours, but all the WSB representatives were there and none came to our fight. That says a lot. And the computer broke right before the decider fight. As always,” the Head coach of the Astana Wolves commented.

Here is where the Champions of the 3rd season stop or rather a point were they are stopped. “Ask WSB the questions,” as the General Director of the Astana Arlans Bolat Mankenov put it.

One has to admit that the Baku Fires are a strong team with great schooling and ethics. But can they win the WSB favorites the Cuba Domadores in the finals?