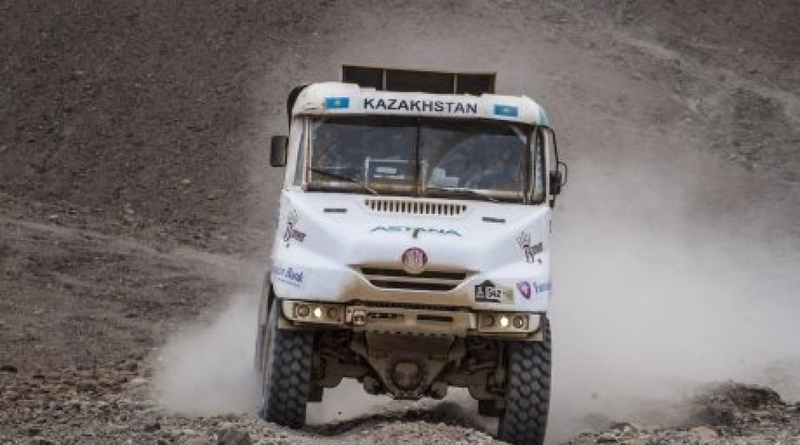 Photo courtesy of the press-service of the Astana Motorsports
Kazakhstan's Astana Motorsports Team racing crews have reached the final straight of the Dakar rally, Tengrinews reports. All three crews of Astana Motorsports successfully completed the twelfth stage -- from El Salvador to La Serena -- of the dangerous marathon rally. The racers had to cover 350 kilometers of large sand dunes and rocky roads. Off-roaders of Astana Motorsports showed stable results and kept their positions in the Dakar's overall, where as Ardavichus' truck advanced in the general ranking once again. Kazakhstan's truck crew of Arthur Ardavichus, Alxey Nikizhev and Radim Kaplanek gained the 14th place in the overall after finishing the twelfth stage in the 12th place. Aidyn Rakhimbayev's off-road crew finished the stage in the 21st place and retained the 18th line in the overall of the race. "Our main task was to retain our positions in the Dakar Top 20. Today, we managed to defend the achieved results, and even reduce the distance between us and the Top 10 leaders. Retaining our position in the overall and getting to the finish of the Dakar are our main tasks for this race," pilot Aidyn Rakhimbayev said. Another car crew of Denis Berezovsky and Ignat Falkov showed fairly stable results as well. The racers finished the stage in the 40th place and moved down to the 37th place in the general ranking of the Dakar 2014. "Today's stage was tough; not many racers could reach the final straight. There are no 'random' athletes left, but the best ones. The last day will show who is who,” pilot of Astana Motorsports Denis Berezovsky said.