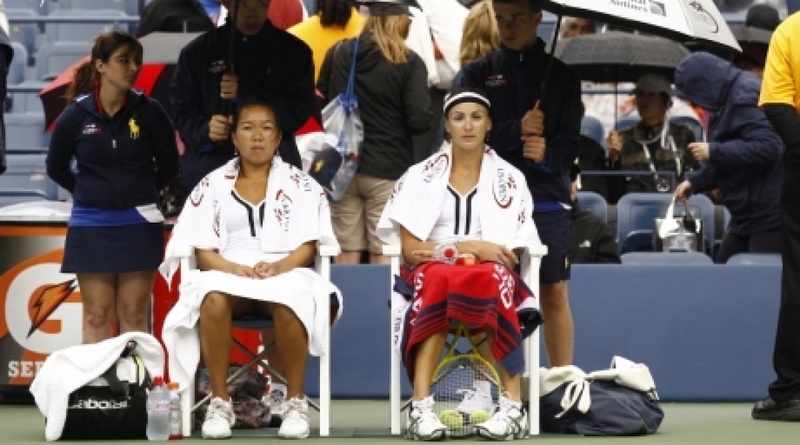 Vania King and Yaroslava Shvedova. ©REUTERS/Kevin Lamarque
Kazakhstan tennis-player Yaroslava Shvedova failed to get into the semi-final of Australian Open, the tournament’s official website writes. Shvedova paired with American Vania King lost 5:7, 2:6 to the Czech duo of Andrea Hlavackova and Lucie Hradecka. The Australian tournament is not over for Shvedova yet. She advanced into the second round of Mixed Doubles with Israeli tennis-player Andy Ram. Mikhail Kukushkin was the last Kazakhstan sportsman in Autralian Open Singles but in the fourth round he refused to continue the match after the second set of the game against American Andy Murray.