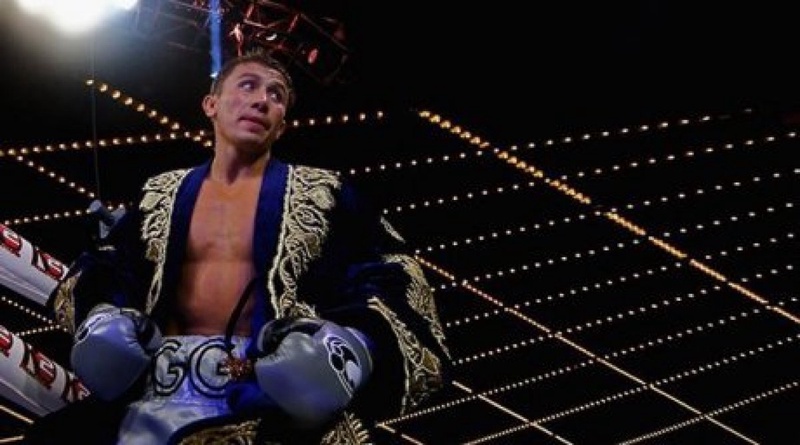 Gennady Golovkin. Photo courtesy of vk.com/ggolovkin
The star boxer Gennady 'GGG' Golovkin from Kazakhstan is ready to move to a lower weight division for the sake of facing the American boxer Floyd Mayweather Jr., Vesti.kz reports. Floyd Mayweather Jr., 36, is also an undefeated professional boxer. He is a five-division world champion who won eight world titles and the lineal championship in three different weight classes. Floyd is considered the best professional boxer regardless of weight categories. He fights in the -154 pounds weight category (-70 kg). Gennady Golovkin has to lose 6 pounds (almost 3kg) to face the American boxer at the professional ring. According to the coach of the Kazakhstan boxer Abel Sanchez, he is ready to do it. Floyd Mayweather Sr. advised his son not to gain weight to fight against Gennady Golovkin because American Floyd Jr. has no equal rivals in the light middleweight category. Golovkin's next fight is scheduled for February 1 in Monte Carlo, but his rival hasn't been unveiled yet. The current WBA world champion Gennady Golovkin is planning to hold four fights in 2014.