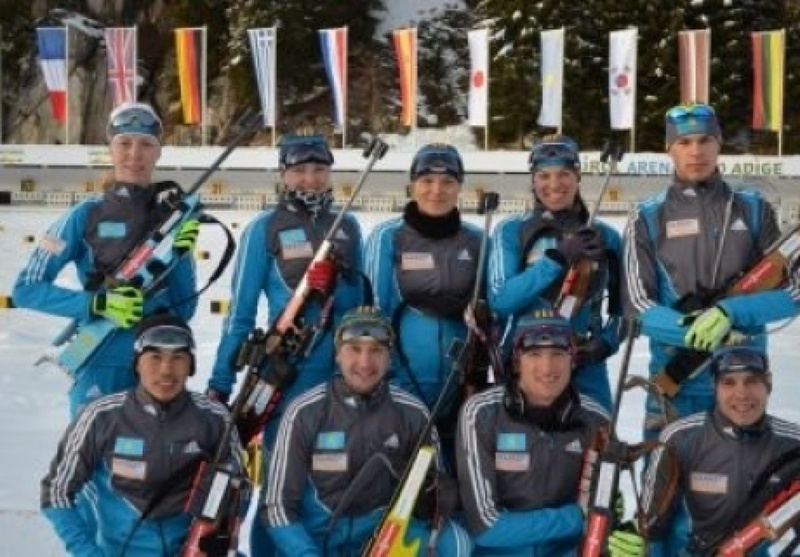 Photo courtesy of biathlon.kz
The national biathlon team of Kazakhstan has returned to Almaty with ten Olympic spots, Vesti.kz reports. After the two world championships - the 2012 and 2013 Championships - Kazakhstan national biathlon team has 10 Olympic licenses. This is the large number of spots for the team in its history. The five spots for women and five spots for men enable Kazakhstan to set forth a full squad of athletes at the Sochi Olympic Games. Earlier the Kazakhstan team's best result was four men’s and four women’s spots. Part of the team has already assembled at the Skiing and Biathlon Stadium in Almaty oblast. The team will have a training camp there and then will travel to the seventh stage of the Biathlon World Cup that will be held in Norway’s Holmenkollen on February 28 - March 3.