Christopher Froome of the British Team Sky won the first place in 84h 46' 14''. He was followed by Quintana Rojas from Movistar Team. Valverde Belmonte of Movietar Team took the third place.

Nibali who won only one stage (Saint-Jean-de-Maurienne to La Toussuire – Les Sybelles) at Tour de France, lost to Froome by 8 minutes and 36 seconds. Two more cyclers from Astana Tanel Kangert (22nd) and Jakob Fuglsang (23rd) made it into the Top-30.

The winner of the 2015 Tour de France criticized Nibali for attacking on the stage 19. Froome had to stop due to a technical issue. Nibali, according to Froome, used the moment to win the stage and secure the 4th place in the overall standing. 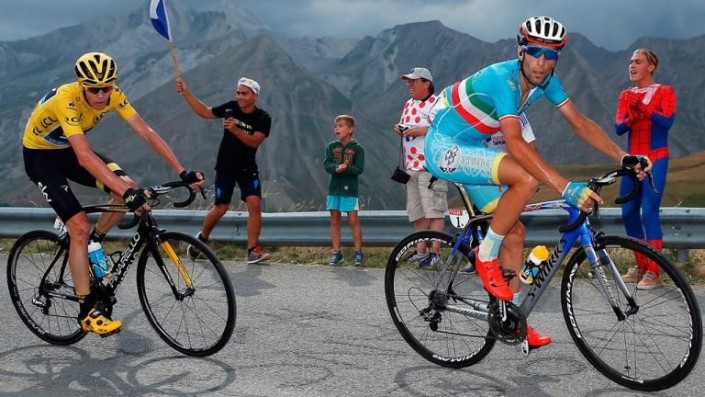 "I've heard from other riders that he turned, could see I had a mechanical and then attacked. In my opinion it's very unsportsmanlike, it's not in the spirit of the Tour de France and it's definitely not what this race is about," Skysports cited Froome.