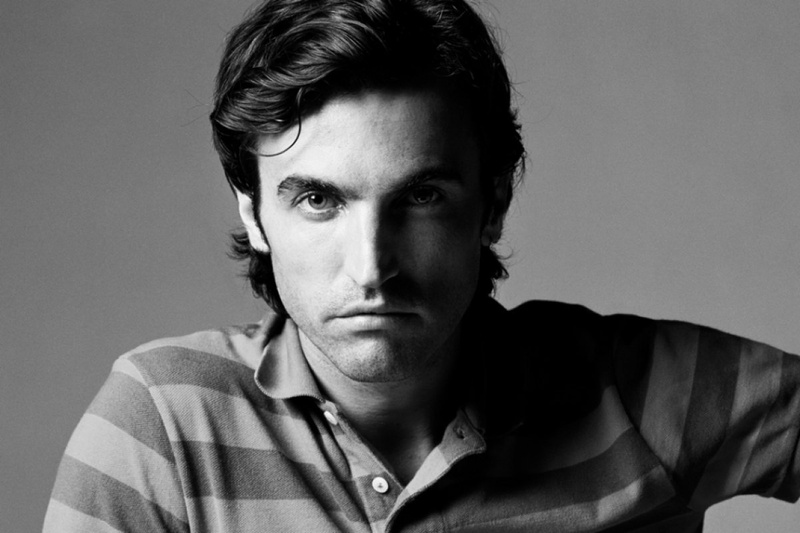 Nicolas Ghesquiere. Photo courtesy of blogs.smoda.elpais.com
Four months after Paris fashion bid farewell to Marc Jacobs, the man who transformed Louis Vuitton into a global style giant, all eyes will next week be on his successor, AFP reports. Former Balenciaga designer Nicolas Ghesquiere's first show for the Parisian luxury brand will be the highlight of nine days of ready-to-wear catwalk shows for autumn/winter 2014-15 due to begin on Tuesday. In emotional scenes rarely seen in the rarefied world of high fashion, the US designer -- under whose stewardship "Vuitton mania" saw queues around department stores -- received a standing ovation on news that his October show was to be his last. Credited with taking Vuitton from "stodgy luggage house" to one of the most sought-after brands in the world, particularly in the lucrative Asian market, Jacobs' departure after 16 years marked the end of an era. "That's one hell of an act to follow," Vogue magazine commented at the time, while website fashion.com warned that living up to 50-year-old Jacobs' "fearless and fabulous" showmanship would be among the many challenges his successor would face. The designer left Vuitton, which marks its 160th anniversary in 2014, to concentrate on a stock exchange flotation of his own brand. Announcing the much-tipped Ghesquiere's arrival at the brand in November, Vuitton said the Frenchman would take responsibility for catwalk shows, ready-to-wear collections and shoes and accessories. Industry journal Women's Wear Daily predicted that Ghesquiere "known for his exacting couture-like approach" would help Vuitton in its "quest to build a more upscale and elite reputation after years of rapid global expansion". Vuitton is parent company LVMH's most profitable brand, accounting for more than 70 percent of annual sales of its fashion and leather goods division which also includes the brands of Celine, Givenchy, Fendi and Kenzo. It turned in sales estimated at 7.3 billion euros ($9.9 billion) in 2012 but since then has had difficulty in generating growth. Leather goods are estimated to account for up to 90 percent of Vuitton sales. Ghesquiere parted company with fashion house Balenciaga in November 2012 following a 15-year tenure and the industry had been awash with speculation about where he would re-emerge. Dior was reported to have courted him as a replacement for the disgraced British designer John Galliano after he was ousted over an anti-Semitic outburst. The 'most anticipated catwalk show this season' Among Ghesquiere's many admirers is the Twilight actress Kristen Stewart who fronted his Florabotanica campaign during his time at Balenciaga. "If I have to walk red carpets, if I have to be in fashion... then I want to be with him," she told Marie Claire's March edition. And Jacobs is reportedly just as eager as the rest of the fashion world to see how Ghesquiere's first show unfolds on March 5. "I am curious to see what he'll do. I mean we have such different aesthetics," he was recently quoted as saying by DazedDigital.com. "This is possibly the most anticipated catwalk show this season," added Harper's Bazaar magazine. Another attention-grabbing debut, meanwhile, will be that of young Chinese-born French designer Yiqing Yin who was named creative director of Leonard in January, replacing Italian Raffaele Borriello. Yin, who left China for France at the age of four, had until recently been known largely for her experimental couture style. Since January 2012, her fashion house has taken part in the couture shows in Paris as a guest member of the Chambre Syndicale de la Haute Couture. But last year she received a huge boost when "Amelie" star Audrey Tautou chose to showcase her work in her role as mistress of ceremonies at the Cannes film festival. The fluttery, micro-pleated "Absinthe" dress in mint organza and silk chiffon she created for the occasion was described as a "work of art" by fashion website Red Carpet Fashion Awards. The autumn/winter 2014-15 shows in Paris get underway on Tuesday with over 90 shows scheduled over nine days, wrapping up on March 5.