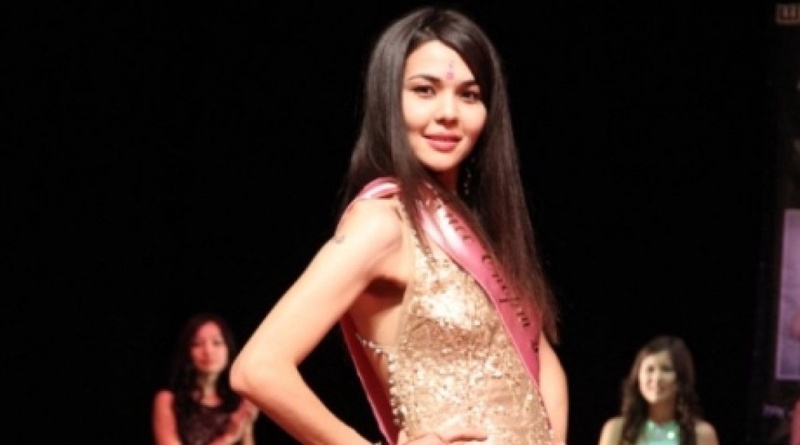 Miss Uralsk 2013 Makhabbat Takisheva. ©uralskweek.kz
Makhabbat Takisheva has won the Miss Uralsk 2013 title and the right to represent her city at the nation-wide beauty pageant Miss Kazakhstan 2013, Tengrinews reports citing the organizers. Makhabbat, 22, graduated from the Labor and Social Relations Academy as a lawyer. She works in the Eurasian Bank. Makhabbat won the Kazakhstan Judo Champion title in 2010. She demonstrated her athletic skills during the beauty contest. The winner of the Miss Uralsk 2013 is already on her way to Almaty, where the beauties from all over Kazakhstan will compete for the Miss Kazakhstan 2013 crown. The nation-wide pageant will take place on December 5. Miss Uralsk 2013 Makhabbat Takisheva. Photo courtesy of the organizers Svetlana Milyukova won the first runner-up title of Miss Uralsk contest, the second runner-up and Miss Model titles went to Assel Abdulova, the third runner-up and Miss Media titles were given to Saule Adilbayeva, a medical student. By Aizhan Tugelbayeva