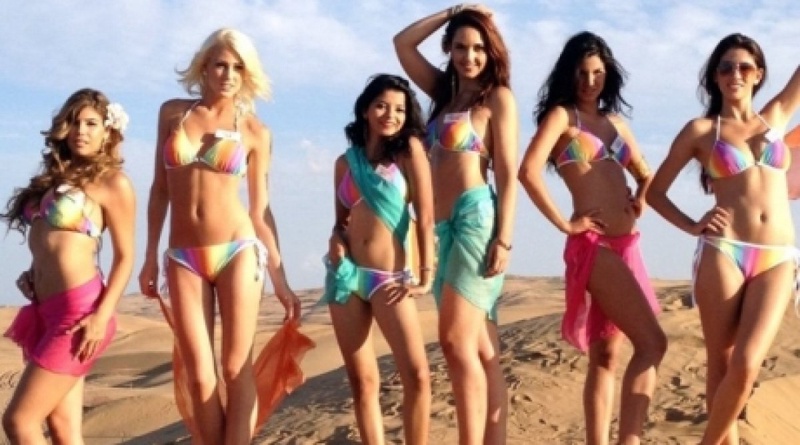 Participants of Miss World-2012. Photo courtesy of India Today.
Catwalking in swimsuits at the Miss World-2013 has been canceled to avoid negative reaction from the Muslim-majority host-country, India Today reports. The contest will take place in September in Bali island, Indonesia. Instead of bikinis the participants will be wearing conservative beach suits. According to the Miss World Organization chairwoman Julia Morley, organizers aren’t going to be disrespectful to anyone. Earlier, singer Lady Gaga had to cancel her concert in Indonesia because local residents threatened to burn down the venue if the concert went ahead, calling Lady Gaga a devil's messenger. Miss Kazakhstan-2012 Zhazira Nurimbetova will represent Kazakhstan at the pageant. The girl promised to win the Miss World-2013 title for her country. The girl is practicing in catwalking, acquiring new acting skills and working on her speech under the guidance of leading experts. Her show at the Talents contest is going to involve dancing.