Nobel peace prizewinner Rae Kwon Chung offered the Kazakh authorities to follow the example of the United Arab Emirates and create an eco-city which will be fully maintained by alternative sources of energy, Tengrinews.kz reports.

"You know that Abu Dhabi is investing in the city of Masdar, which will not use carbon fuel, and you can see that the UAE government is investing now in a low-carbon future. After all, they already know what they need to be ready for that era, which will come when the oil runs out. Once there is no oil, then what will be the source of your competitive advantage?  You have to invest in the future of oilless era ", - Rae Kwon Chung said the innovation congress held in Astana.

Giving recommendations to the authorities of Kazakhstan, he pointed out that the country should consider very ambitious long-term goals to reduce carbon dioxide emissions, which ultimately will lead to the low-carbon economy support. At the same time the Nobel laureate is convinced  that such an issue cannot be solved in one day, it may take up to 10 to 30 years.

"I can suggest you think about the design of a new city, just like the city of Masdar, but in the Central Asia", the foreign guest said. 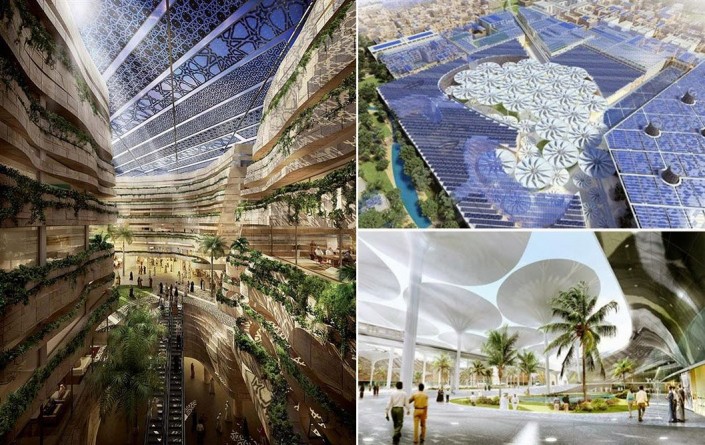 He said he understands that in Kazakhstan there is sharply continental climate and temperatures can range from minus 40 degrees in winter to plus 40 degrees in summer. Nevertheless, he is certain that in our country we can apply new solutions acceptable for the climate.

“In Montreal, for example, it is very cold too, winters there are really severe. However, there are interesting projects such as underground shopping centers, where you can have a really good time. Think about how you can design a new city, taking into account the concept of low-carbon economy. Think more about creating a new fiscal infrastructure, as well as a new fiscal policy in the field of low-carbon economy,” Rae Kwon Chung said.

He believes that today governments should be guided by the paradigm of the three E - energy, economy, environment. We are talking about quitting the practice, when the burning of conventional energy sources produces CO2 emissions.

"High-carbon economy has very serious consequences for countries like Kazakhstan, and those which essentially rely on their own resources as the basis for their national competitiveness. After all, oil prices are still at a very low level, because the demand for energy is not growing as fast as we expected and anticipated. Oil prices are not likely to rise in the nearest future and, therefore, the oil cannot be the only or main source of profit in the economy ", the speaker said.

He also urged to take an example from neighboring China, which is actively developing alternative energy sources and is now already exporting solar panels, wind turbines, and even electric buses.