The Supermoon was captured rising behind the rocket, which is to be launched this Thursday.
15 ноября 2016, 12:23
twitter.com/Space_Station

As noted in the description, such a phenomenon was last recorded in 1948. The Supermoon was captured rising behind the rocket, which is to be launched this Thursday. It is known that on 17 November NASA astronaut Peggy Whitson, Russian RosKosmos cosmonaut Oleg Novitskiy and ESA astronaut Thomas Pesquet are to go into space. Experts point out that the next perigee (the point at which the moon is closest to the Earth, moving along its elliptical orbit) will occur in 2035.

As it was reported earlier, on the night of 14-15 November, the Earth's satellite flew at a very close distance from the orbit of our planet. According to experts, at Supermoon the satellite looked by 12.5 percent larger than at the distance from the planet. "Supermoon is a beautiful visual effect, depending on the distance between the Earth and the Moon.  A beautiful large disk of the moon can be seen in case of good weather." - the head of the Special Astrophysical Observatory (SAO) of the Russian Academy of Sciences Valeriy Vlasyuk said previously.

It is worth noting that the scientific term "Supermoon" does not actually exist, but the so-called full moon that occurs during the perigee - the point at which the moon is closest to the Earth, moving along its elliptical orbit. Last night the Supermoon was already seen in Spain and Japan. On Tuesday night Earth satellite was closer to our planet at a distance of 348 400 kilometers, which is 35 thousand kilometers closer than usual. 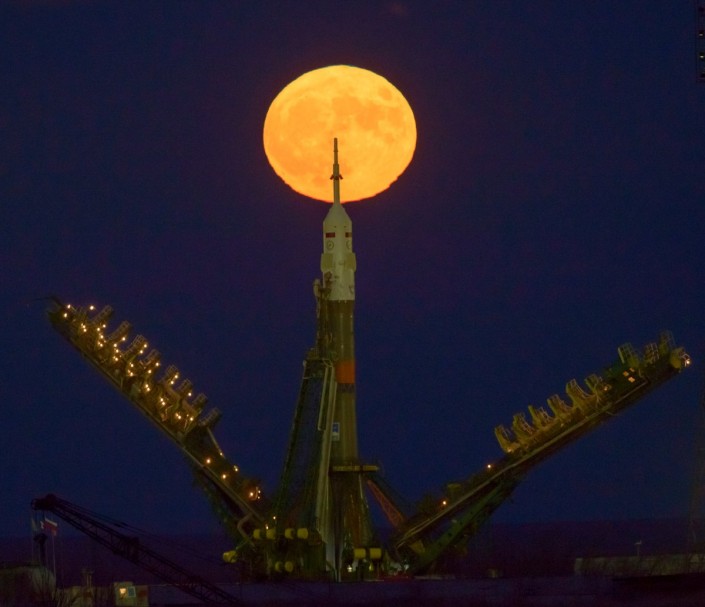