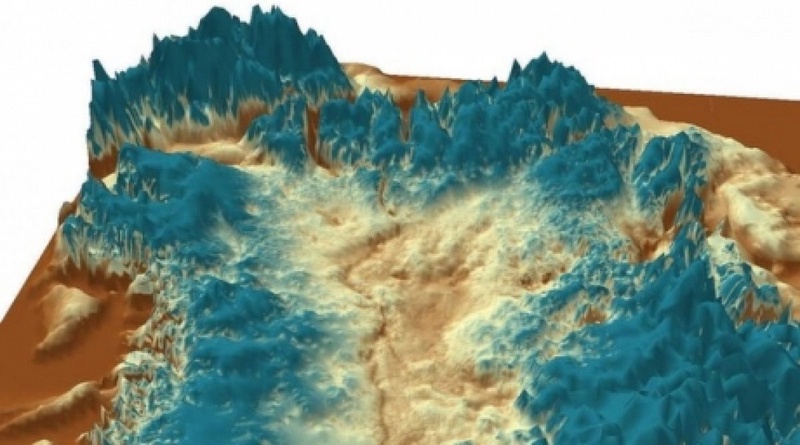 Photo courtesy of bbc.co.uk
A huge canyon twice the size of the longest river in Britain and as deep as the Grand Canyon lies beneath the ice sheet in Greenland, AFP reports according to the scientists. Prior to the establishment of the ice sheet some four million years ago, the canyon is believed to have been a major pathway for water from the interior of the land mass to the coast. Even today, the deep river channel -- which originates in the center of Greenland and terminates at its northern coast -- transports sub-glacial meltwater to the edge of the ice sheet and then into the ocean. "A 750-kilometer (460-mile) canyon preserved under the ice for millions of years is a breathtaking find in itself, but this research is also important in furthering our understanding of Greenland's past," said David Vaughan of the British Antarctic Survey. "This area's ice sheet contributes to sea level rise and this work can help us put current changes in context." Scientists found the canyon using airborne radar data, much of which came from a NASA mission called Operation IceBridge, which used radio waves that traveled through the ice to measure the depth of the bedrock. The Greenland sub-ice canyon is about twice as long as the River Severn in Britain, which extends 350 kilometers. Michael Studinger, Operation IceBridge Project Scientist at NASA Goddard Space Flight Center, described the finding as "quite remarkable." "It shows how little we still know about the bedrock below large continental ice sheets." The study was published in the US journal Science.