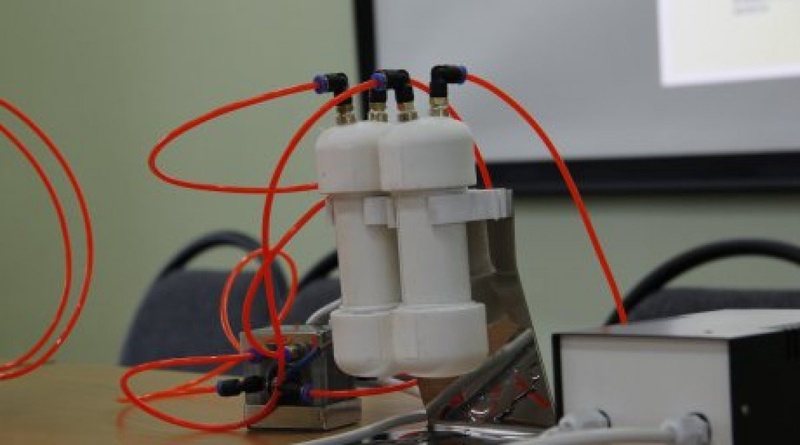 The distillation unit. ©Dmitriy Khegai
A distillation unit invented in Kazakhstan will be used by the expeditions search for life on Mars, Tengrinews reports citing Boris Pilat, one of the authors of the project. According to the scientist, the distillation unit will be used by two Russian expeditions: to Phobos, a natural satellite of Mars, and to Ganymede, a satellite of Jupiter. The task of the equipment is to demineralize water samples. According to Mr. Pilat mineral impurities prevent equipment from analyzing organic compounds in samples taken during the expedition. The expedition to Phobos is scheduled for the year of 2018 and the Ganymed expedition is planned for 2022. The inventors are planning to present two versions of the distillation unit to their Russian partners. The versions are required because conditions of the expeditions to Mars and Jupiter moons are different. In the first case samples of soil with water will be taken on Phobos, and in the second case the space vehicle will have to drill ice. The demineralization technology is based on the use of dialysis. The two semipermeable membranes that release colloid solutions from low-molecular composition are used in the device. According to Mr. Pilat salt ions will be removed from the solution with the help of electric field. The scientists are now working on making the device smaller. They have already reached an acceptable size, but their Russian colleagues think that it would be perfect if the device was the size of a matchbox. The invention has been patented in Kazakhstan. By Dmitriy Khegai