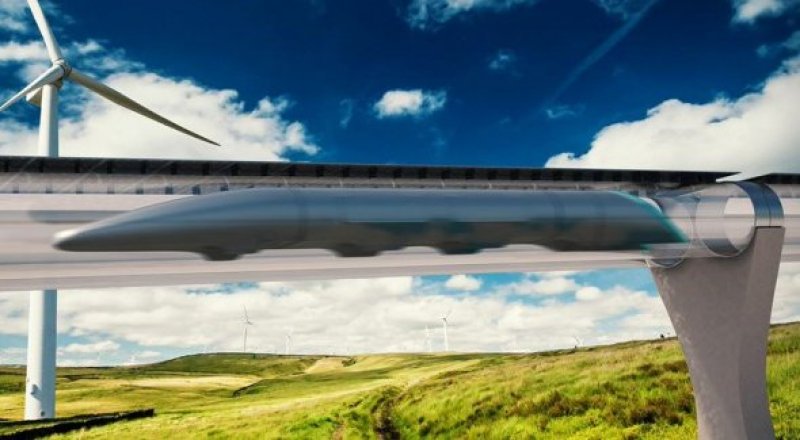 The first ever Hyperloop prototype is under construction in the Las Vegas desert, Mirror reports.

Sending passengers through vacuum tubes faster than the speed of sound, the tech has the potential to redefine transportation.

The ambitious project comes from Los Angeles-based startup Hyperloop One, which is also looking into creating a track running from Dubai to Abu Dhabi.

The Las Vegas-based "DevLoop" will be a testing ground for both the six-person pods and the track itself.

This super-speedy "Concorde of commuting" works by shooting capsules through an airless tube. It uses magnetic levitation (Maglev) technology to power the pods through a frictionless vacuum at massive speeds.

Suspended off the ground to protect it from weather and earthquakes, the test track will be a 1.8-mile (3km) enclosed loop. Hyperloop One hopes to achieve its first successful trials in early 2017.

The company has so far raised £128 million in investment.

Bosses from Transport for the North - which represents councils and transport authorities across the region - say they "remain open" to the Hyperloop, which would make travel from Manchester to London possible in 18 minutes.

Hyperloop pods which can travel at 760mph could cut journey time from New York to LA to just 3 hours.

They are understood to have been studying the experimental technology with a view to its viability.

Those who back the technology also claim that the new transport system could even merge Liverpool, Manchester and Leeds together, so they can effectively become "a single city" because of the way it will enhance the north's ability to commute to the capital.

Currently it takes 2 hours and 8 minutes to reach London using the West Coast Line. Under HS2, which will not be completed until 2033, this would be reduced to 1 hour 8 minutes.

But rail experts say Hyperloop would be faster and a better long-term investment than the current HS2 scheme being pursued by the government.