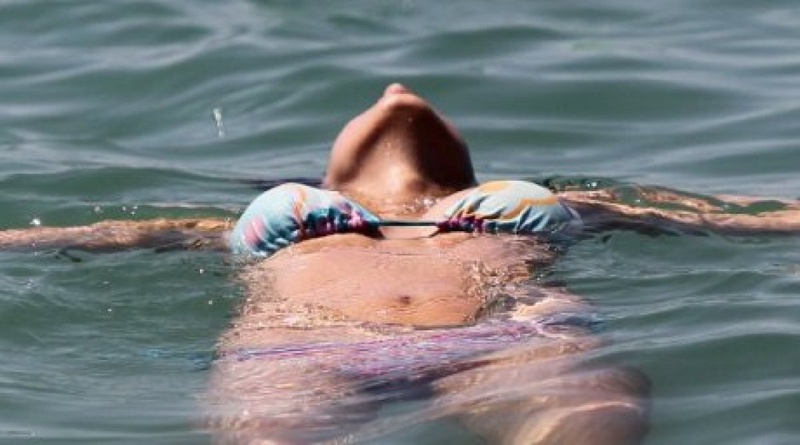 ©RIA Novosti
An Almaty citizen has invented a swimming suit that can save the swimmer from drowning. Inventor Yevgeniy Khegai spoke to Tengrinews.kz about his invention. According to him, a small device can be sewn into any swimming suit and in case the swimmer goes more than 2 meters underwater, it automatically blows up the life-saving bubble. Khegai believe that application of such anti-drowning devices is very broad: from private use to military purposes. The inventor has already received a patent for his invention and is currently looking for investors for its production. Another innovative project presented at the International Innovations Forum-2012 was the invention of a student of Al-Farabi Kazakh National University Alizhan Tazabekov. He developed virtual reality glasses. The device looks like normal sport glasses but has small screens in the lenses. The screens are used as displays to show the necessary information. The chips are hidden in the temples; the device can be programmed using a computer. According to the inventor, KazakhTelecom has already showed interest in his virtual reality glasses. "Wearing these glasses, ER doctors will be able to see the address and the information about the patient. They will be useful for militarymen, university and school students," Tazabekov said. Another social project was Anthill, a system of momentary local notification of the population in case of emergency situations. It was developed by Ivan Filko, a 3rd-year student of the IT-University. He plans to create a special software for smartphones or computers that will distribute notifications issued by the emergency situations authorities. "We want to set up an instant connection between the people and the emergency situations authorities. These days if there is a fire, the fireman runs around the building and tells everyone. With our system the fire-fighters will be able to evacuate the buildings and the whole regions by pressing only one button," the young inventor said. The second project presented by Filko is Uni Dat system. Thanks to this system, citizens can have all their personal data uploaded on one server. According to the inventor, around 32 terabytes are required for the whole Kazakhstan. The system will use the available databases of the Interior and Healthcare Ministries and utility services. "The IIN (individual identification number) will open access to this database. Drivers will no longer need have to carry their driver's license. Policemen will only need the IIN to get all the necessary information," Filko said. Zhanseit Akzhegitov, a student of the IT-University, presented a practical project. He invented a wireless computer mouse with automatic charging system ReMouse. The mouse has a built-in generator that will charge the device from every click. The forum also included entertainment projects. A student of the Kazakh-British Technical University invented a software with a set of teaching games Twinect. The game requires a special device that reads hand moves of the player. The gamer stands in front of the device and, moving the hands in the air, moves the cursor on the computer screen. "Normal games make one sit in front of the monitor, which is harmful for the health. This is a moving game. Children are moving and learning at the same time. The game will have different educational questions and one will have to move the cursor to the correct answer with a hand. Teachers can make their own questions," Akzhegitov explained. His plan is to offer his software to elementary schools. By Vladimir Prokopenko