Trump gets booed as he and Clinton trade biting jokes 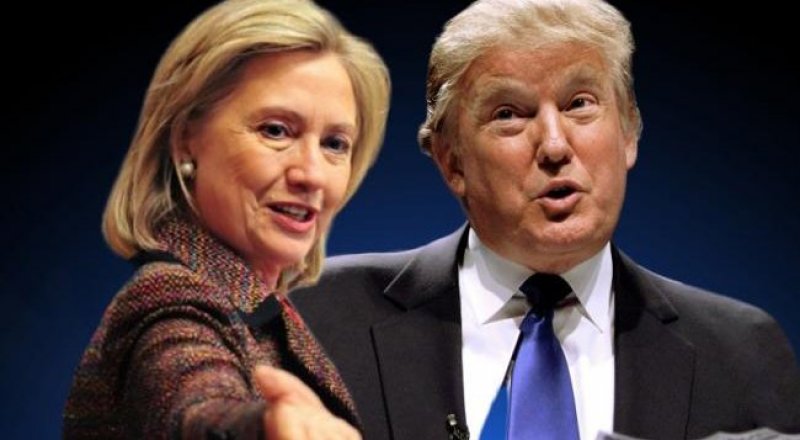 Taking a break from the nastiest campaign in recent memory, Donald Trump and Hillary Clinton came together Thursday for a New York white-tie soiree intended to bring some levity just weeks before the November 8 vote.

The candidates shared some laughs but several of Trump's jokes turned sour and drew boos at the annual Alfred E. Smith Memorial Foundation Dinner, a fund-raiser for Catholic charities that is normally one of the more lighthearted events on the presidential campaign calendar.

Seated on either side of Cardinal Timothy Doland of New York at the swank Waldorf-Astoria hotel, the presidential hopefuls took turns making jests about themselves and each other, just one night after pummeling each other in a bruising final presidential debate.

Trump's attempts at humor mostly lacked the self-deprecation. And on one of the few instances that he tried to get laughs at his own expense, the brunt of the joke fell on his wife Melania.

"Michelle Obama gives a speech and everyone loves it. It's fantastic," he said. "My wife, Melania gives the exact same speech and people get on her case!"

The reference was to a speech Melania gave in which she appropriated inspirational words spoken by Michelle Obama during the 2008 presidential campaign.

"She took a lot of abuse," Trump said as his Slovenian ex-model wife stood for the crowd. "Oh, I'm in trouble when I go home tonight."

"Hillary believes it's vital to deceive the people by having one public policy, and a totally different policy in private," he said.

"Here she is in public, pretending not to hate Catholics," he said.

"I don't know who they're angry at, Hillary, you or I," Trump said in an attempt to brush off the ensuing flurry of boos from New York's elite.

In a nod to tradition, Clinton began her speech with a light dig at herself.

"I took a break from my rigorous nap schedule to be here," the Democrat said, alluding to the many times Trump has mocked her for supposedly lacking stamina.

"You're lucky," she told the audience, "usually I charge a lot for speeches like this," referring to the astronomical speaking fees the Clintons charged after leaving office.

She then turned to her opponent: "Donald, if at any time you don't like what I'm saying, feel free to stand up and shout, 'wrong!' while I'm talking."

Clinton later slung a zinger at Trump's penchant for judging women harshly based on their appearance, envisioning how Trump might rank the Statue of Liberty.

"People look at the Statue of Liberty and they see a proud symbol of our history as a nation of immigrants, a beacon of hope around the world," she said.

"Donald looks at the Statue of Liberty and sees a four."

In another dig, Clinton referenced Trump's discomfort with teleprompters: "I'm sure it's even harder when you're translating from the original Russian."

Some 1,500 well-heeled invitees each paid at least $3,000 to attend the gala, which raised approximately $6 million.

The New York's archdiocese put out an optimistic statement earlier Wednesday expressing hope that "partisan politics will be put aside" during the dinner.

Bloomberg has rallied behind Clinton while Giuliani is one of Trump's most prominent campaign surrogates.

The dinner is held in the memory of late Democratic governor Al Smith of New York, home state to both presidential candidates.

Trump made a fortune as a real estate developer here, splashing his name on buildings across the city. The state elected Clinton to the US Senate twice.

Smith in 1928 became the first Catholic presidential candidate from one of the two major parties, and is affectionately remembered for his ability to set aside political grievances for the good of his constituents.