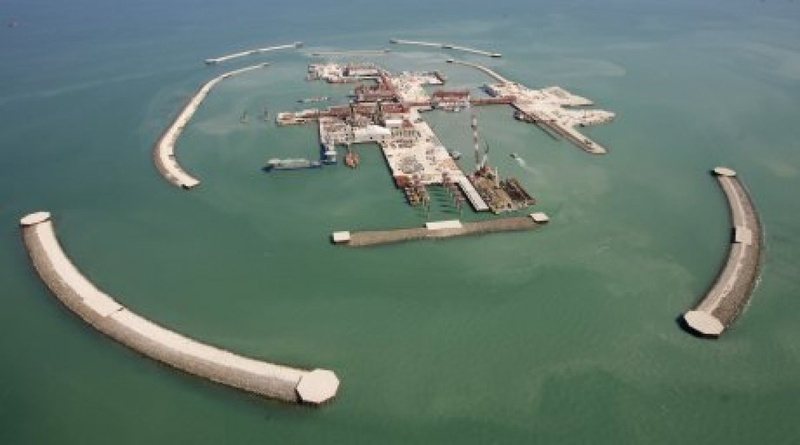 Kashagan oil and gas field. ©REUTERS
Sale of ConocoPhillips' stake in Kashagan project to Indian ONGC is like a “red flag” for Chinese corporations amid the exacerbation of relations between China and India, independent Kazakhstan expert Olzhas Baidildinov told Tengrinews.kz. The analyst believes that ONGC’s entry into the project is unlikely because of insignificant presence of Indian companies in Kazakhstan’s oil and gas sector. “I believe that considering the escalation of conflict between China and India, ONGC is like a “red flag” to Chinese state corporations. I think that seeing ONGC’s offer, Chinese CNPC and CNOOC will be ready to overpay for this asset or will more willingly make concessions. Entry of Chinese state corporation into this project is more beneficial for Kazakhstan. It is well known that the existing shareholders (ExxonMobil and Shell in particular) insist on prolongation of the gigantic oil field's production sharing agreement by another 20 years, threatening to leave the project if Kazakhstan does not consent. "China with its huge gold and currency reserves would greatly enhanced our positions and would help yield the results that we are so much looking forward to: the timely start of commercial production and lowering of the consortium’s costs,” he said. In his opinion, the news about the sale of the stake of ConocoPhollips is nothing but “stuffing”. The expert is sure that the announced cost of $5 billion for the company's share in the project is virtually the minimum threshold of the possible price range, which, of course, causes suspicions whether this figure is real at all. The analyst has his own opinion on the real cost of the stake. “In my view, Conoco’s stake should cost around $8-10 billion: the reserves of light oil are becoming thinner on our planet, the existing fields are gradually depleted and the alternative energy even in the brightest forecasts of the IEA (International Energy Agency) and OECD (Organization for Economic Co-operation and Development) is unable to meet the energy needs. Considering the global trends the stake in Kashagan is a strategic asset and strategic and promising assets are always evaluated higher than the actual market cost,” he believes. It is possible that bringing the bidding for the stake’s cost to a higher level, ConocoPhillips plays its own game chasing its own interests: it is trying to increase the cost of its stake, the analyst thinks. According to him, the public discussion of the stake's cost and participation of such major players will boost interest to Kashagan. This will have a positive effect on the positions of Kazakhstan government in these negotiations. “The main message to existing shareholders can be formulated as follows: “Kashagan is a strategic oil and gas project and there will always be buyers for a stake of any of the current shareholders,” Olzhas Baidildinov says. By Gulnara Zhandagulova