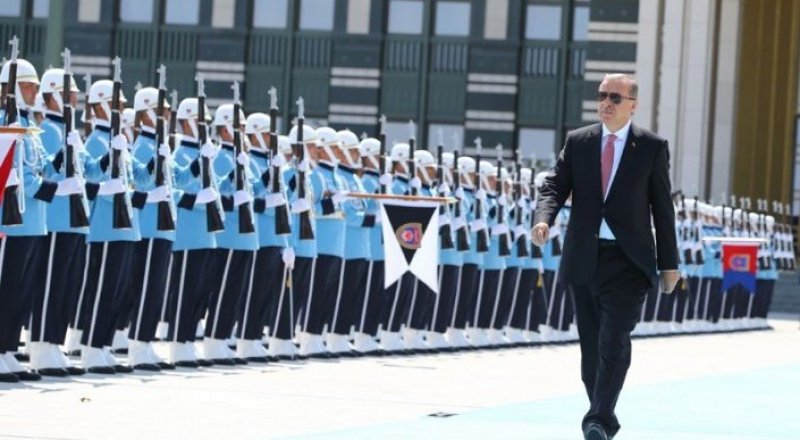 Here is a timeline of the crisis that slammed the brakes on burgeoning ties between the two strategically important nations and set Erdogan and Putin against each other:

A Turkish military jet blasts a Russian warplane out of the sky over the Turkey-Syria border on November 24, 2015. One pilot is killed, reportedly shot dead by rebel fighters as he parachutes to earth inside Syria. A Russian soldier dies in a successful rescue operation to rescue the second pilot.

NATO-member Turkey insists the Russian plane -- part of Moscow's bombing campaign to back up Syrian President Bashar Al-Assad -- was one of two jets that had strayed into Turkish airspace for some 17 seconds despite repeated warnings.

Moscow is adamant that its aircraft did not cross the Syrian border and a furious Putin labels the incident a "stab in the back" by "the accomplices of terrorists".

Moscow fires back by announcing a raft of economic sanctions against Ankara on November 28, including banning a range of Turkish food imports and halting the sale of package holidays and charter flights to the country.

The retaliatory measures target Turkey's key tourism, agricultural and construction sectors and send growing trade between the two nations plummeting. Talks on the major TurkStream gas pipeline project are also suspended and work on a Russian-built nuclear plant in Turkey thrown into doubt.

Meanwhile the war of words between Putin and Erdogan -- two strongmen whose macho leadership styles have helped bring them together -- rages on as Moscow demands Ankara apologise.

Russia accuses Erdogan of profiting from the illegal oil trade with Islamic State jihadists, claims the Turkish leader slams as "slander". Putin snubs an offer from Erdogan to meet during climate talks in Paris after refusing to take his calls, and cancels a summit in December.

After seven months of feuding Erdogan sends Putin a letter on June 27 in which he expresses his condolences over the jet downing and calls for a return to friendlier ties.

The Kremlin says the message constitutes an apology and the two leaders two days later hold their first phone conversation since the start of the crisis.

Turkish newspaper Hurriyet has reported that the letter was published after both sides secretly agreed to restore ties and hammered out the wording following mediation by figures including Kazakh President Nursultan Nazarbayev and a prominent Turkish businessman.

After talking to Erdogan, Putin -- whose country's own economy is mired in recession due to Western sanctions over Ukraine and low oil prices -- immediately announces an end to the package tour ban and orders his ministers to begin lifting the charter flight freeze and normalising trade ties with Ankara.

The move brings relief to Turkey's hard-hit tourism industry that has seen the number of Russian visitors nosedive dramatically.

In a sign that ties are warming, Putin is one of the first international leaders to call Erdogan and offer his support after the failed coup against the Turkish president on July 15.

Ankara welcomes the Kremlin leader's backing as the fallout from the coup attempt sees Erdogan launch a purge of opponents that strains ties with the West.

Erdogan jets to Putin's hometown of Saint Petersburg on August 9, 2016 for the first meeting between the two leaders since the jet downing, aimed at sealing the rapprochement.

In an interview with Russian media before the encounter Erdogan repeatedly calls Putin his "friend" and says he hopes the two nations can begin again with a "clean slate".