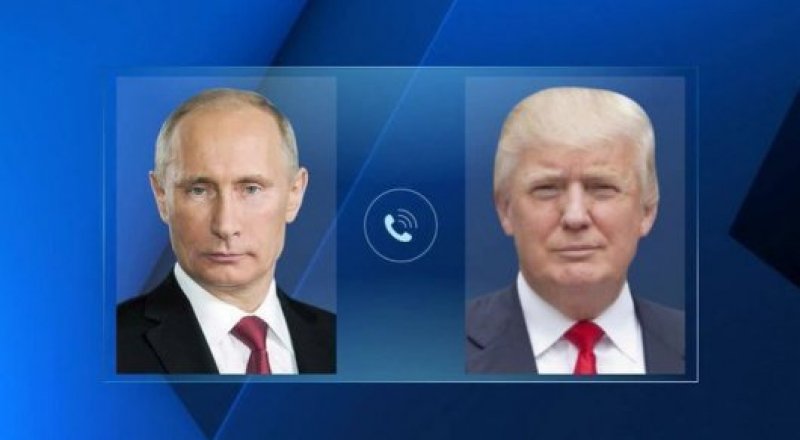 Russian President Vladimir Putin and Donald Trump spoke on the phone on Monday evening and agreed on the need to normalise ties between Washington and Moscow, AFP informs.

The Kremlin also said that the two politicians agreed to "make provisions for a personal meeting."

The presidential transition team in Washington said in a statement that it was Putin who called Trump to "offer his congratulations on winning a historic election."

The Kremlin said that Putin and Trump noted "the extremely unsatisfactory state of Russian-US relations at present" and "declared the need for active joint work to normalise them."

Putin wished Trump success in carrying out his campaign promises, the Kremlin said, and expressed his readiness to "create a dialogue of partnership with the new administration on the basis of equality, mutual respect and non-intervention in each other's domestic affairs."

They "agreed on the need to unite efforts in the struggle with the enemy number one: international terrorism and extremism," the Kremlin said, adding that in this context they discussed the "issues over resolving the crisis in Syria."

Trump's team meanwhile said more generally that the pair discussed "the threats and challenges" facing both countries as well as economic issues and "the historical US-Russia relationship that dates back over 200 years."

Trump told Putin he is looking forward to "a strong and enduring relationship with Russia and the people of Russia," the Washington statement said.

In a telegram of congratulations sent the day after Trump's victory, Putin "expressed hope for mutual work on bringing US-Russia relations out of their critical condition as well as on working out outstanding issues on the international agenda," the Kremlin said.

Putin later said that "Russia is ready and wants to restore full-fledged relations with the US."

Putin has tacitly supported Trump during the campaign, while Trump repeatedly flattered and praised the Russian leader and said he was willing to work with him.