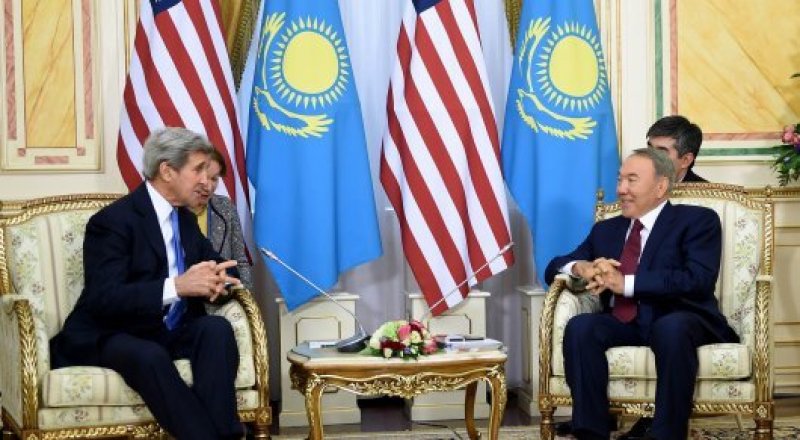 “Recently in New York President Obama and I have broached issues of bilateral interaction of the two nations. Kazakhstan has been closely cooperating with the USA since gaining its independence [from the USSR] nearly 24 years ago. People of Kazakhstan are very grateful to the USA for all the support to our sovereignty and economic development. Around 500 JVs with US capital are currently operating in Kazakhstan. We aim to further this cooperation”, Head of State said when having the talks with John Kerry.

He also emphasized that the two nations had been cooperating in the nuclear disarmament and non-proliferation realm and expressed support to the US President’s initiatives related to disarmament efforts.

US Secretary of State John Kerry lauded the talks of Presidents Nazarbayev and Obama in New York that were focused on non-proliferation, counteraction to armed extremism, the current situation in Afghanistan, efforts to counteract ISIS.

John Kerry expressed confidence that the partnership of Kazakhstan and the USA would greatly contribute to the 5 institutional reforms and the “100 specific steps” Program.

“In fact, the USA is one of the largest investors to Kazakhstan. Today I’ve met reps of US Chamber of Commerce and they expressed their satisfaction with the progress reached in your country”, John Kerry summed up.