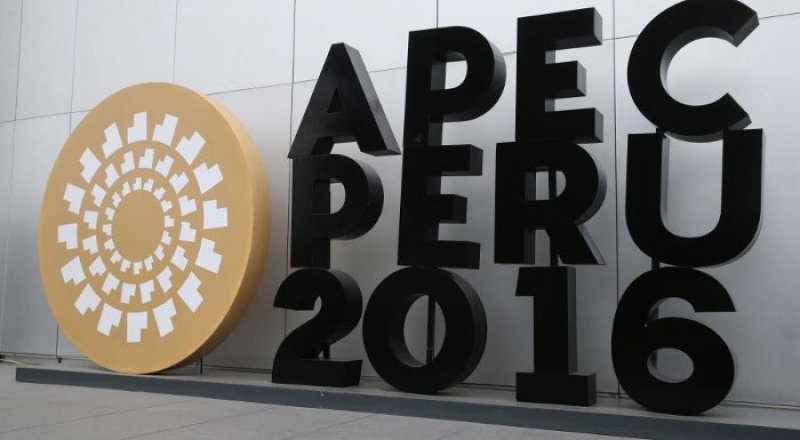 A summit of top world leaders was urged Friday to fight rising protectionism after Donald Trump's election victory stoked fears that free trade is under threat, and the global economy along with it, AFP reports.
Trump, who triumphed in last week's US presidential vote, successfully tapped the anger of working-class voters who feel left behind by years of globalization, vowing to protect American jobs against cheap labor in countries like China and Mexico.
As a summit of the 21-member Asia-Pacific Economic Cooperation (APEC) group got under way, host President Pedro Pablo Kuczynski of Peru urged the region's leaders to robustly defend free trade, while the US sought to reassure worried allies.
"In the US and Britain, protectionist tendencies are taking over," Kuczynski told APEC leaders.
"It is fundamental that world trade grow again and that protectionism be defeated."
Trump's victory came after Britain's surprise "Brexit" vote in June to leave the European Union, adding to deep uncertainty about the post-war world order and the future of free trade.
The sentiment also exists on a far smaller scale in Peru, where several dozen protesters - including Amazon natives in indigenous headdress - gathered Friday in Lima to condemn free trade agreements and the "capitalist beast."
Trump has notably vowed to scuttle US President Barack Obama's key trade initiative in the Asia-Pacific, the Trans-Pacific Partnership (TPP), leaving a vacuum that China - which was excluded from the deal - is keen to fill.
A delegate at ministerial meetings held on Thursday and Friday said APEC ministers had expressed concern over growing protectionism in the United States, and that the mood had been somber.

US Trade Representative Michael Froman sought to reassure leaders that US policy would not change radically from one administration to the next. He urged those fearing the worst to give Trump time.
"It's only been 10 days since the election," he said.
"Any new administration needs time to go through the transition process."
Citing a recent study suggesting failure to ratify TPP would cost the US around $94 billion in the first year alone, he said Trump had major incentives to see the deal through in some form.
"Inaction poses serious costs," he said.
'Unequivocal message'
Trump is not at the summit but he looms large over the meeting of APEC, a free-trade club founded in 1989 that represents nearly 40 percent of the world's population and nearly 60 percent of the global economy. In a clear jab at the billionaire mogul's anti-trade stance, Kuczynski said that "anyone who wants to promote protectionism (should) read an economic history of the 1930s."

The center-right economist urged his fellow leaders to deliver an "unequivocal message" in support of free trade.
The US election has left China, a country the United States once considered a threat to free-market capitalism, as the unlikely leader of the movement for open trade.
Chinese President Xi Jinping is holding a strong hand as he meets Obama and other APEC leaders this week.
"There is no doubt that if the TPP fails it will be a huge win for China, politically and economically," said Brian Jackson, a China economist at consultancy IHS Global Insight.
Even longtime US allies in the Asia-Pacific region now say they are keen to get on board with Chinese-backed alternatives to TPP.
Beijing is pushing an APEC-wide Free Trade Area of the Asia-Pacific (FTAAP) and a 16-member Regional Comprehensive Economic Partnership (RCEP), which includes India but not the United States.
World business leaders gathered on the sidelines of the summit bemoaned TPP's "grim prospects" and urged governments to pour resources into FTAAP and set a concrete timeline, said Sun Xiao, an official with the China Chamber of International Commerce. And amid mounting criticism that globalization has benefitted only the wealthiest, IMF chief Christine Lagarde defended trade as a major engine of growth.
"We hope it continues to be - but it has to be inclusive growth," she said.