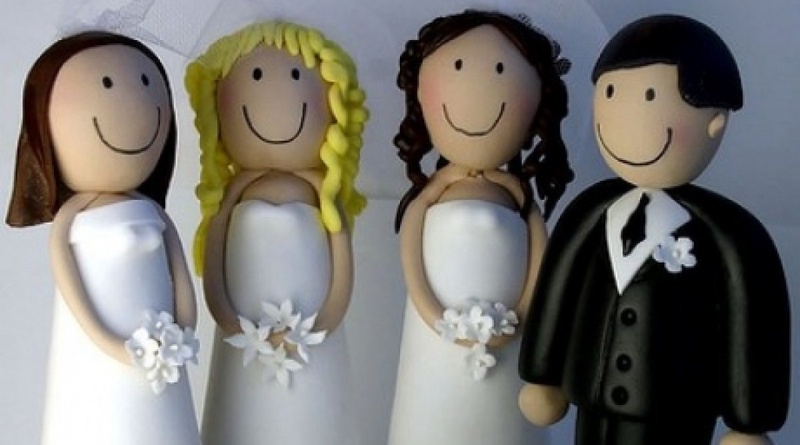 Photo courtesy of woman-az.ru
Members of Kazakhstan's Majilis (Lower Chamber of the Parliament) have commented on the idea of making polygamy legal in Kazakhstan, Tengrinews reports. Late last week Kazakhstan’s former Vice-Minister of Agriculture Marat Tolibayev offered to legalize plural marriages in Kazakhstan. He believes that such marriages could be possible provided that several conditions are met: all the participants of the relationships have to provide their consent to the new marriage and in order to provide gender equality, polyandry should be legalized as well as polygamy. Mukhtar Tinikeyev emphasized that Kazakhstan was a secular state and there was no place for plural marriages in the country. "Men and women are equal in our country. Are we going to introduce polyandry as well, then? To join the Top 30 most developed countries of the world we should leave such customs and stereotypes behind. Europe is not going to be supportive of the legalization (of polygamy). But at the same time I'm against legalization of same-sex marriages and gay parades. Democracy and all-permissiveness are two different things," he told Tengrinews. His colleague Zhambyl Akhmetov believes that diplomats and officials are only group of Kazakhstan citizens concerned about legalization of polygamy in Kazakhstan. "This issue has been discussed many times, including in the the parliament. But nobody else besides the MPs and other officials brought up this issue, and people don't need it. Common people are not thinking the way the officials are. It looks like as of the officials have nothing better to do than to legalize polygamy. Certainly, there are indeed more women than men in Kazakhstan, but there are other ways to solve the problem. In legalizing polygamy they (officials) see a way to legalize their young lovers," Akhmetov said. According to Akhmetov, polygamy in Kazakhstan isn't a social phenomena, but rather a problem of officials only. "I am against polygamy. If a man has the second wife, it doesn't mean that her children are going to be left on the sidelines. Residents of Kazakhstan's cities are not concerned with the problem at all, only the officials are," the diplomat said. Aigul Solovyova, a member of the lower chamber, was outraged by the offer to legalize polygamy in Kazakhstan. "Our law allows a person to be married only to one person at a time. And if a person doesn't want to continue the marriage relationships he or she can divorce from the spouse and get married to another person. At the same time the law does not prohibit a person from entering into relationships with another person outside his or her marriage. During the soviet times relationships outside marriage were condemned, but they are not punishable by law now. If a man can get his wife to agree to him being in a relationship with another woman, and of the man is so eager to give attention and care to more than one woman, he can do so, and it does not require an official marriage registration. If a man's wife agrees to him having children from another woman and supporting them and if she is ready to share, there are no legal barriers to that. But why should we introduce plural marriages into the Kazakhstan legislation?" Solovyeova said. According to her, Kazakhstan has a document eliminating all forms of discrimination against women. "It is a ratified convention. Based on this, women should also be given a right for polygamy. And from this point on it all start to look like the legislators are getting lost in fantasies. Every woman can choose for herself whether she is willing to be part of a non-official marriage or not. This kind of relationships may have been persecuted decades ago (during the Soviet era), but no one forbids it now. However, registering multiple marriages at the same time is a violation of the constitutional principles, in my opinion," the Majilis member concluded. By Assemgul Kassenova