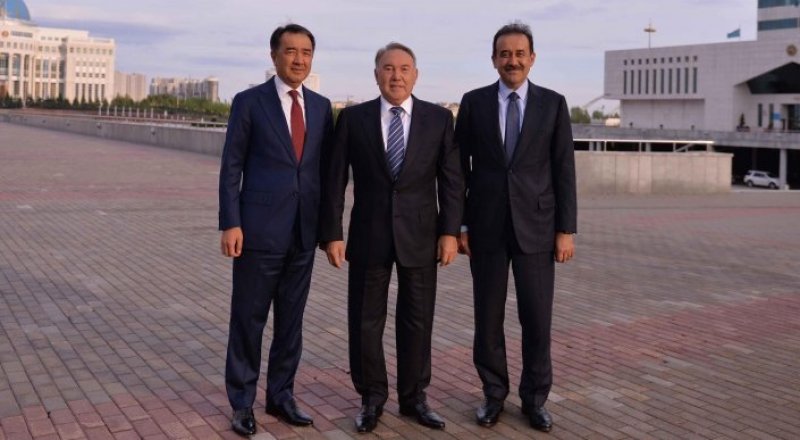 Massimov, who had led the cabinet since 2014 was dismissed and made the Central Asian country's internal security chief Thursday, on the back of a summer that saw a spike in homegrown radical violence.

Some analysts suggested Dariga could succeed her 76-year-old father as president after she was made deputy premier in 2015, although Nazarbayev has given no indication of a successor.

Nazarbayev, who came to power before independence in 1991, said Friday that the cabinet as a whole would not undergo major changes as it is "carrying out its work during a difficult period."

A teacher and economist by training, Sagintayev was governor of the northern region of Pavlodar and deputy chairman of Nazarbayev's Nur Otan party before becoming trade and development minister in 2012.

He had served as deputy prime minister since 2013.

Kazakhstan, Central Asia's largest economy, has suffered a rare period of turbulence after its currency collapsed on the back of weakened oil profits and financial distress in Russia.

In June, four civilians and three soldiers were killed in the western city of Aktobe when assailants attacked gun shops and tried to storm a military base in a bus they had hijacked.

In April and May, rare protests took place in several parts of the country of 18 million people against proposed land reforms, prompting the president to postpone the changes.