Kazakhstan anthem to be played simultaneously in Astana, London, Washington, Moscow and Shanghai 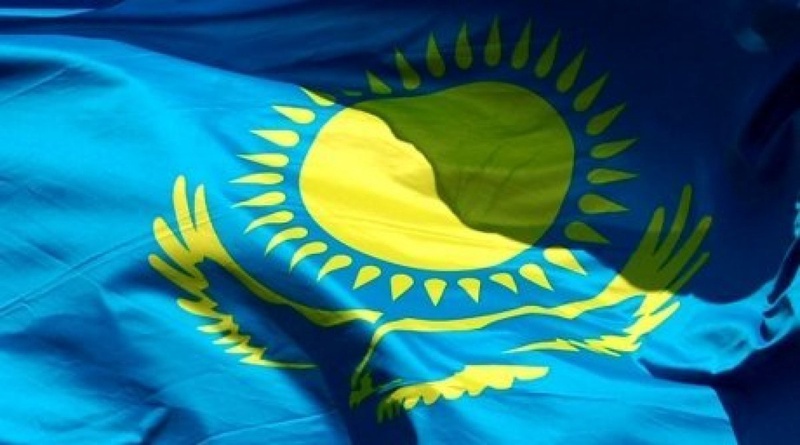 Kazakhstan flag. Photo by Gizat Makkhanov©
Kazakhstan anthem will be played simultaneously in Astana, Moscow, London, Washington and Shanghai to commemorate the Kazakhstan State Symbols Day on June 4, Tengrinews.kz reports citing the press-service of Astana Youth Policy Department. The Department is holding a large-scale youth-oriented patriotic campaign called Menyn Kazakhstanym! Menyn Astanam! (My Kazakhstan! My Astana!) on June 4. The event timed to the holiday will be held at the square next to the ethnic memorial Atameken in Astana. The anthem will be played at 08:00 p.m. 1,000 people are expected to take part in the event, including university and college students, representatives of youth organizations and artists, Bolashak (presidential scholarship) research fellows and Olympic champions. “This large-scale campaign is a way to express patriotism and respect to Kazakhstan’s state symbols,” the Department writes. The event will also include performance of Zhas Ulan national (military) school’s orchestra and a column of bikers carrying Kazakhstan flags. Kazakhstan anthem will be played in different parts of the world at the same time: in Astana at 08:00 p.m., in London at 03:00 p.m., in Washington at 10:00 a.m., in Moscow at 06:00 p.m. and in Shanghai 10:00 p.m.. The event will be broadcasted on a big screen installed at the square in Astana. The event will the followed by a concert of Kazakhstan artists: Ringo and Baiterek bands, singer Yeskendir Khassangaliyev and others.