Kazakhstan and Uzbekistan called neighbors use common waters with care 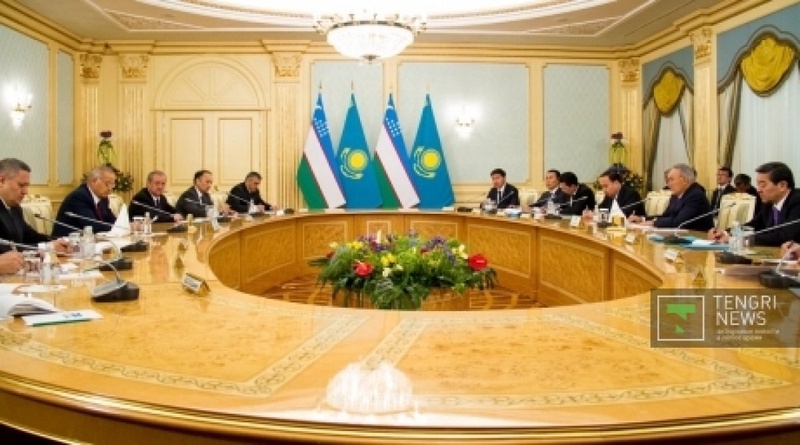 Photo by Danial Okassov©
Kazakhstan and Uzbekistan have asked their neighbors to consciously use common water resources, Tengrinews.kz.
Continuation
1.
Nazarbayev and Karimov discuss water again
2.
Water tensions overflow in ex-Soviet Central Asia
“The talks covered establishment of a mechanism of joint use of water-energy resources in Central Asian region and activation of the international fund for saving the Aral Sea. This issue is very important for all countries. We are would like to remind our neighbors and brothers located in the head of our common river that we - Kazakhstan, Uzbekistan, Turkmenistan - being located in the lower reaches of the Amudarya River face a deficit of water. Every person feels it, as it effects lives of millions of people. We hope that these issues will be solved jointly and beneficially for all countries,” Nursultan Nazarbayev said after talking with Uzbekistan President Islam Karimov. “Yes, those, who live in the upper reaches, I mean Tajikistan and Kyrgyzstan, are interested in using transborder rivers for generation of energy and, unfortunately, they forget that Amudarya and Syrdarya are transborder rivers. Had those rivers been located exclusively inside the administrative borders of each of the countries, than there wouldn't have been any questions about their use. But since we are talking about transborder rivers, please be kind to stick to international rules and standards. There are four conventions for that, they have been adopted by the United Nations,” President of Uzbekistan said and suggested to perform an international check into the hydro power stations constructed in Kyrgyzstan and Tajikistan. “Before starting any construction works, before signing any construction documents with any of the great countries, let us first perform an international objective check and provide a clear explanation to our people. What will happen tomorrow to those who live in the lower reaches of the river? Especially since Rogunskaya and Kambarata-1 hydro power stations were created in 1970-80s at proximately the same time during the Soviet era when everyone were cultivating gigantomania, but times change,” Islam Karimov added emotionally. By Renat Tashkinbayev