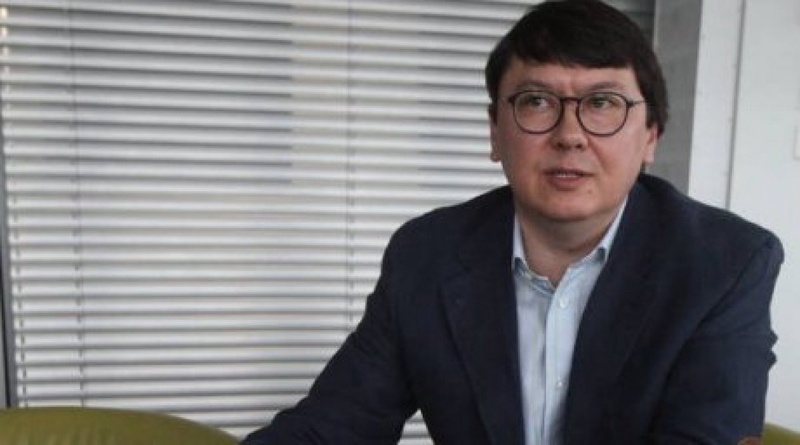 Rakhat Aliyev. Still-frame from youtube video
Criminal investigations of Rakhat Aliyev are being drawn out for nearly three years in Austria, Germany, Malta and throughout the rest of Europe. The Kazakh exile is accused of a whole pile of white collar crimes, with money laundering constituting a majority of them, and is investigated in relation to kidnapping and murder of two Kazakhstani bankers, Tengrinews reports citing Malta Today. The former Kazakhstan Ambassador to Austria has been on the close inspection of European justice authorities for years, but the legal procedures have not moved forward much, and Aliyev has been enjoying free movement in Europe, comfortable residence in his villa in Malta and a cosy feeling of absolute impunity. This feeling took him so far that in one of his recent bold gestures in November 2013 he attempted to open a bank account in Cyprus using a knowingly no longer valid ID. This must have overstretched the already thin patience of some of the members of the European Parliament and in January two members made pubic calls to the European Commission to get Eurojust and Europol to investigate Rakhat Aliyev and finally produce some progress on his cases. Reacting to the enquiries, Commissioner for Justice, Freedom and Security Cecilia Malmstrom told the European Parliament earlier this week that the European Commission was aware of the investigations and confirmed that Aliyev's crimes had enough "cross-border elements or even a European dimension" to be considered an affair worth the attention of the EC, but "the EU has no competence to conduct criminal law investigations." Ana Gomes, the Portuguese member of the European Parliament who made the inquiry about Aliyev in January, asked the Commissioner to at least accelerate the legal proceedings and get Eurojust and Europol - that clearly have the competence to conduct international criminal law investigations - involved in the processes. In reply to the question Commissioner Malmstrom made a point that legislations of EU countries "differed significantly in their definition of money laundering and criminal sanctions for the offence", but quickly added that the Commission was "considering making changes to the legal framework", to avoid making an impression that no cross-European money laundering cases would be investigated by Eurojust and Europol in the foreseeable future. This leaves Kazakhstan multibillionaire Aliyev, 52 safely at large and scot-free in Europe and further increases the weight of the concerns voiced by Claude Turmes, a member of the European Parliament, in late January over the inaction of European authorities: The awkward inaction of the European law enforcement authorities sounds like a welcoming bell to international criminals signaling them that Europe is too busy elsewhere to deal with them. With passports and resident permits being issued in batches, criminal suspects like Aliyev are allowed to travel freely in the European Union. And this not only undermines the public confidence to the European justice, but also gives Europe an image of a place that is no longer safe to live in. By Tatyana Kuzmina