CSTO drills to focus on prevention of threats coming from Afghanistan31 января 2014, 13:56 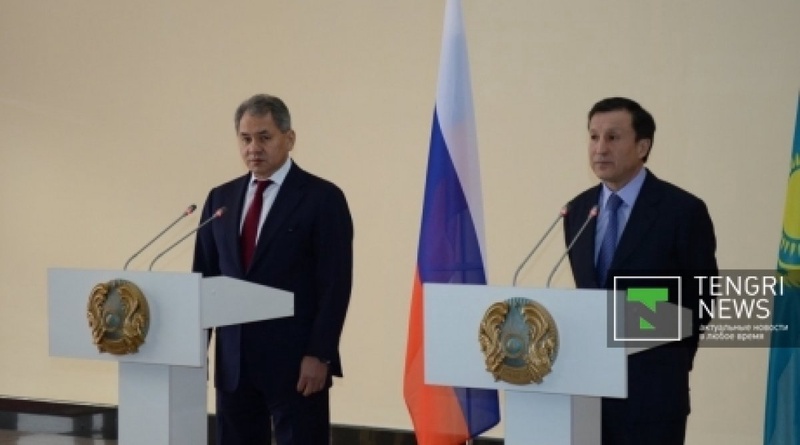 Marat Abilov©
The trade turnover of military products between Russia and Kazakhstan in 2013 totaled $140 million, Tengrinews reports, citing the country’s Defense Minister Adilbek Dzhaksybekov as saying following the talks with his Russian counterpart Sergei Shoigu. “The dynamic development of the bilateral ties in this realm has been possible through active efforts of the Russia’s Defence Ministry and its Head in particular (…)”, Mr. Dzhaksybekov said. In his turn, Sergei Shoigu emphasized that “the cooperation is of strategic nature (…) we keep on boosting it. We will be considering plans for the following 15-20 years shortly”. Collective Security Treaty Organization (CSTO) drills this year will be aimed at preventing threats coming from neighboring Afghanistan, Russia’s Defense Minister said in a separate statement. “This year the drills will be more large-scaled (…) there are a number of threats we are concerned with. We should make sure we are ready to respond to them”, he elaborated. Upon Kazakhstan’s initiative, the joint drill of (CSTO) is to be held in Kazakhstan at the drill center Spassk in the vicinities of Karaganda August 18-22. “First of all I am talking of threats related to Afghanistan. Most of the coalition forces are being withdrawn from Afghanistan this year; it is an alarming situation”, he said, adding that before withdrawing most of the coalition forces out of this country a large-scaled program should be implemented to further stabilize the situation. The two ministers dwelt on the joint air defense system. The Russian Minister assured that this year Russia would sufficient S-300 anti-aircraft missile systems to ensure safety of the Kazakhstan’s air space. The two sides among other things broached the subject of Kazakhstan-based testing sites being rented out to Russia. “We have come to terms on projects at the testing sites nearby Balkhash lake and the timing of joint operations there. We have to start getting personnel trained and extra equipment assembled and prepared for actual operations”, Mr. Shoigu said. Minister Adilbek Dzhaksybekov suggested sending Russia’s representatives to the National Defense Cadet Corps under the Kazakhstan’s Defense Ministry on a free of charge basis. Kazakhstan’s Defense Ministry expressed its interest in having Russia’s doctors of sciences working for Russia’s Defense Ministry engaged in teaching at the National Defense University.