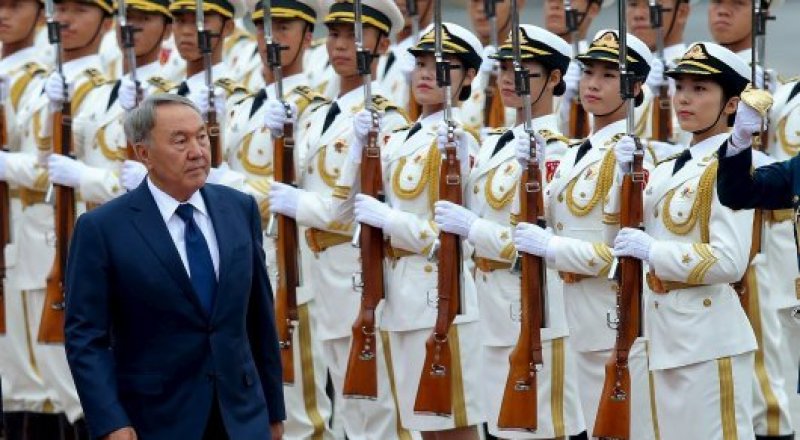 Nursultan Nazarbayev was warmly welcomed in China during his official visit. At the meeting with the Vice President of the Party School of the Central Committee of the Communist Party of China He Yiting, the Kazakh President expressed his admiration of the country's rapidly developed economy.

"I think China on its own is a great nation. The country’s development is truly impressive. In the past 10 years, the economy has grown 90 times. (…) Since the reforms of Deng Xiaoping, the country has grown thousand-fold. No one has seen such a development rate anywhere else in the world," Nazarbayev said.

Nazarbayev added that new goals such as enhancement of production facilities and economic innovations were ahead of the countries.

"I think that is exactly the reason why One Belt, One Road (OBOR), Silk Road Economic Belt, Chinese Dream and Made in China programs were developed. All of it speaks fair society, economy and orientation towards science. We do the same thing in Kazakhstan. Our Nurly Zhol – Bright Path program is an extension of the Silk Road. We have common ground there," Nazarbayev said.

"Certainly, China is a huge nation, Kazakhstan is much smaller. But I believe, we play an important role in the politics of the region and complement the work of each other,"the President concluded.

The President of Kazakhstan arrived in Beijing on August 30 and stayed in China until September 3.