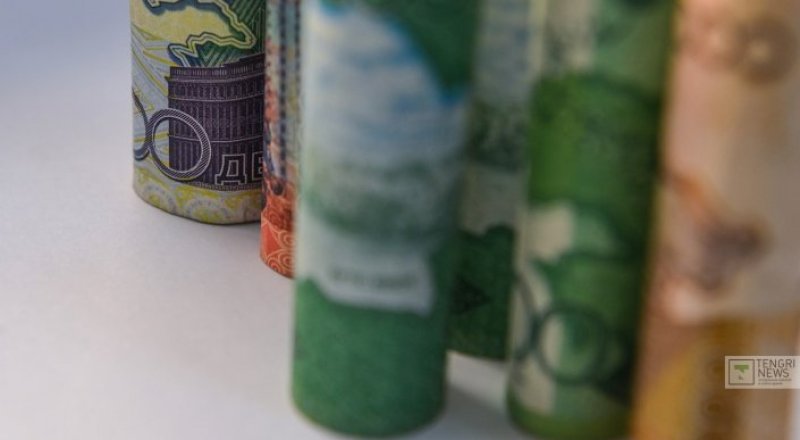 Pensioner Anna Kovalyova, 63, would struggle to make ends meet on her pension worth $250 if it was not for the subsidies from the authorities in Turkmenistan that make water, gas and electricity almost free, AFP reports.

"In 25 years of independence our country has proven that it does not cast its citizens adrift," Kovalyova, a former employee of the government, told AFP.

"This is a state that looks after its people."

For years the government of isolated Turkmenistan was happy to claim credit for the country's double-digit economic growth as its vast gas reserves fueled rising living standards and a construction boom.

But now authorities here -- as in other nations across ex-Soviet Central Asia -- are facing an unexpected legitimacy test as falling oil prices and Russia's recession shake the economy.

"Almost all sectors in the regional economy in Central Asia are suffering either directly or indirectly from the impact of depressed oil prices," said Kate Mallinson, a partner at the London-based GPW consultancy.

Last year Turkmenistan's currency -- the manat -- lost about one fifth of its value against the dollar and economic jitters have pushed President Gurbanguly Berdymukhamedov to sack several government ministers and oversee the introduction of draconian foreign exchange controls.

Now, as the authorities face up to a tougher economic climate and low energy prices, some advisors have called for an end to the vital subsidies that citizens like Kovalyova so treasure.

One member of a pro-government council last September called to cut the support, arguing "citizens' incomes have increased" since they were first introduced under Berdymukhamedov's eccentric predecessor Saparmurat Niyazov in 1993.

Berdymukhamedov complained the country was "wasting" its natural resource wealth.

With economies reeling from the impact of oil prices less than a third of their value two years ago, many of the region's states have resorted to more repression in order to consolidate control.

In Tajikistan, where half of working-age males work in Russia, a personality cult takes shape around 63-year-old President Emomali Rahmon. Both Rakhmon and Turkmenistan's Berdymukhamedov, 58, are almost certain to benefit from constitutional changes enabling them to serve an infinite number of terms later this year.

In oil-rich Kazakhstan, the government is turning to ever more "coercive mechanisms" against independent media and political opponents, said Nargis Kassenova, director of the Central Asian Studies Center at the KIMEP University in Almaty.

"Groceries and other goods are becoming more expensive, electricity tariffs are growing. People are losing jobs," Kassenova told AFP, adding that the government's recent decision to dip into the pensions pot to fund state investments was fuelling public grumbling.

With low hydrocarbon prices combining with economic trouble in Russia and a Chinese slowdown, the region's countries have also seen a shortfall in foreign investment needed to boost sagging revenues.

In Kyrgyzstan, parliament in January voted to revoke a 2012 agreement with two troubled Russian companies to build $4 billion worth of hydropower infrastructure after the projects came to a standstill.

The same month, South Korean and Singaporean companies pulled out of petrochemical projects worth billions of dollars in Kazakhstan and Uzbekistan respectively, citing low oil prices.

With no obvious economic saviour in sight, analysts say the troubled region should prepare for a bumpy ride as the crisis drags on.

"Some of the populations living in these countries have significant experience living at around or below the poverty level, while others were accustomed to impressive growth," said Eric McGlinchey, a Central Asia expert at the George Mason University.

For Kazakhstan, which prospered under leader Nursultan Nazarbayev, 75, during the post millennium crude boom, nervous business leaders and politicians may ponder an "exit strategy" that hastens Nazarbayev's retirement, McGlinchey added.

If hydrocarbon prices continue to stay low, "it becomes almost impossible to paint a rosy picture for a country like Turkmenistan, that has so much exposure to the current crisis," he told AFP.