Armenia and Kyrgyzstan to join Eurasian Union within months 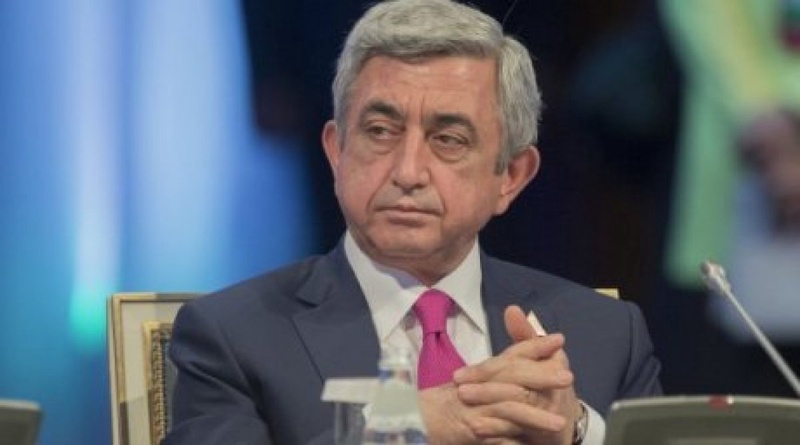 Armenia and Kyrgyzstan have vowed to join the Eurasian Economic Union of Russia, Kazakhstan and Belarus this year, Tengrinews reported from the Supreme Eurasian Council in Astana.

During the meeting Armenia’s president Serzh Sargsyan asked “to set a deadline for signing a treaty on Armenia’s joining the Eurasian Economic Union to June 15 this year”. He continued by saying that it will take only 2 or 3 days “to find on mutually acceptable terms that would satisfy both us and our partners”.

Sargsyan expressed hope that the signing of the Treaty establishing the Eurasian Union also signified the beginning of its future enlargement. On his part, Armenia’s president promised to do everything possible to bring forward the issue of joining the Union to the national parliament.

Another post-Soviet state – Kyrgyzstan – also hopes to join the Union in the near future. The country’s president Almazbek Atambayev said that it was impossible for him to declare “as did his excellency President Sargsyan that all questions will be solved in a matter of days”. He, nevertheless, said that Kyrgyzstan hoped to “meet the new year in the same union” with its larger neighbors. The president also said he was hoping to receive support both from the Kyrgyz parliament and the member-states of the new Union.

Atambayev also noted that integration with the Eurasian Union is a significant decision it terms of selection of direction of the country's economic development. At the same time, he stated that “the member-states of the Union are not only our economic partners, but above all, they are congenial nations that shar a common history and have no language barrier”.

Commenting on Armenia’s and Kyrgyzstan’s intention to join the Eurasian Economic Union, Putin said: "The attitude of our colleagues, both Armenia, and Kyrgyzstan is serious, pragmatic and based on their national interests. It is a clear desire to achieve the set milestones and rely on our joint efforts. We will support and facilitate this process."

The president of Belarus Lukashenko declared that as long as the countries reached the appropriate level of readiness and fulfilled all the conditions, they were welcome to join the Union: “I think we will be delighted to accept these countries into our ranks”.

However, there were sensitive chords struck during the meeting. Nazarbayev asked Armenia’s president to consider the position of Azerbaijan on the issue. Nazarbayev reminded that Azerbaijan sent a letter requesting to accept Armenia into the union with a reservation that regulations of the unions will be in effect only at the internationally recognized territory of Armenia, in particular that recognized by the UN.

Azerbaijan’s worries arise from the territorial dispute over Nagorno-Karabakh – an ethnically dominated Armenian enclave within the Azerbaijani territory.