Argentina is visa-free for Kazakhstan 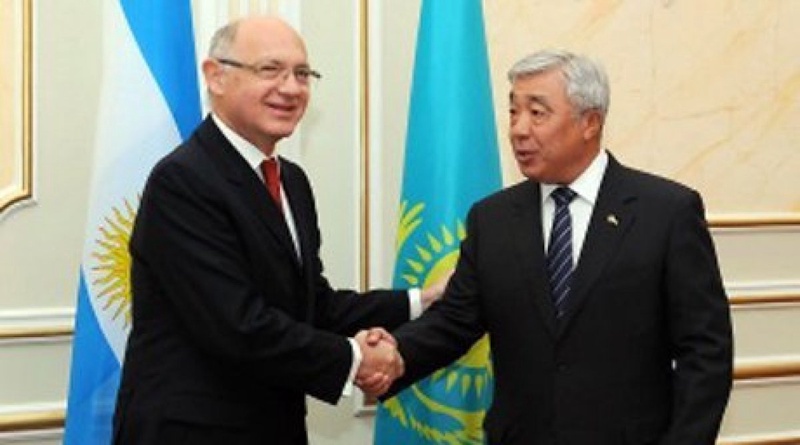 The two sides discussed Kazakhstani-Argentine cooperation in trade, investments and tourism. They also exchanged views on the current issues of the international agenda.

“Our countries have much in common, we have similar views and approaches to sustainable development, environment, nuclear safety and strengthening multi-polarity in the world,” Yerlan Idrissov said.

The officials focused on cooperation in of trade, investments, agriculture and innovations, where there is a huge untapped potential.

“We are pleased that Argentina is planning to send a large business delegation to Kazakhstan in the second half of this year. We will prepare a busy schedule for the Argentinean business people so that they can establish ties with their Kazakh counterparts,” Kazakhstan’s Foreign Minister said.

He also announced plans to establish a bilateral commission on trade and economic cooperation and pointed out that negotiations on Argentina’s support to Kazakhstan's accession into the WTO (World Trade Organization) were still ongoing.

The two foreign ministers discussed cooperation within the framework of international organizations. “We are glad to acknowledge our mutual support in various UN agencies, and I am especially grateful to my colleague for Argentina’s support to Kazakhstan in its bid to become a non-permanent member of the UN Security Council in 2017-2018. The support of your country is very valuable for us, and we intend to defend our common interests, while being a part of the UN Security Council,” Yerlan Idrissov said.

An important outcome of the meeting was the signing of the Agreement between Kazakhstan and Argentina on visa-free travel for citizens of both countries, which will significantly contribute to a deepening of comprehensive cooperation between the two countries.

Yerlan Idrissov also said that the Kazakhstan’s Foreign Ministry will continue to work actively to establish a visa-free regime with the countries around the world, in particular with another Latin American country, Chile. Last year, Chile and Kazakhstan signed an agreement on visa-free travel for the official delegations of the two countries. At the moment, Kazakhstani citizens can travel to over 60 countries visa-free.

Hector Timmerman highlighted the dynamic development of bilateral relations and confirmed the interest of Argentina in cooperation in the mining, agriculture and nuclear industries. He emphasized that the first visit of a foreign minister of a Latin American country to Kazakhstan was of special importance as well as the agreement establishing direct contacts between the two countries’ people.

The Argentinean minister thanked the Kazakhstan representative for the hospitality and expressed hope for further productive cooperation between the two countries.

Kazakhstan established diplomatic relations with Argentina back in 1993.