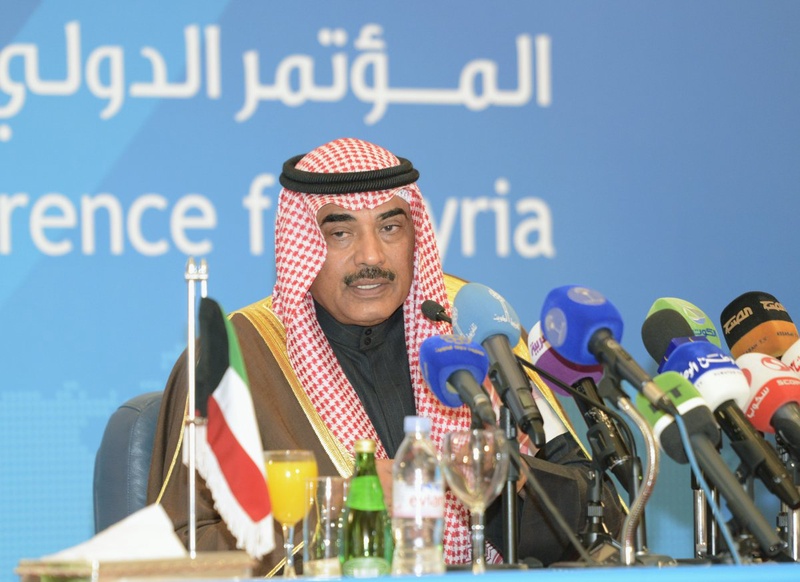 Kuwait's Foreign Minister Sheikh Sabah Khaled Al-Sabah. ©Reuters/Stephanie McGehee
Arab and African leaders are to start a two-day summit in Kuwait on Tuesday to review steps to promote economic ties between wealthy Gulf states and investment-thirsty Africa, AFP reports. It will be the first meeting of its kind since 2010, when leaders met in Libya prior to the Arab Spring uprisings that toppled longstanding dictatorships in North Africa and the Middle East. Thirty-four heads of state, seven vice presidents and three heads of government have confirmed their attendance at the summit, which will bring together 71 countries and organisations, according to organisers. The leaders are expected to approve measures and resolutions adopted by foreign ministers on Sunday aimed at fostering economic cooperation between the two regions. Kuwait's Foreign Minister Sheikh Sabah Khaled Al-Sabah said the "Partners in Development and Investment" summit will discuss a proposal by the Africa-Arab Economic Forum to create an Arab-African common market for a combined population of around 1.2 billion people. The leaders will also focus on how to accelerate investment flows into Africa, which has huge potentials but is facing an acute investment gap. According to the World Bank, Africa needs around $30 billion a year in the field of energy and power. The International Monetary Fund says African economic growth was a solid 5.0 percent in 2012 despite the world economic crisis. Growth is forecast to ease slightly at 4.8 percent this year and rebound to 5.1 percent in 2014. In addition, Africa has 12 percent of global oil reserves and 42 percent of its gold deposits. The discovery of large quantities of natural gas off Africa's east coasts has added to the continent's economic potential. On the other hand, the energy-rich Gulf Cooperation Council states have accumulated surpluses to the tone of $2.0 trillion thanks to persistently high oil prices. A majority of the assets are invested in the United States and Europe. The summit held in Libya three years ago adopted an Africa-Arab Partnership Strategy and 2011-2016 Joint Action Plan to increase investment, trade and other joint economic projects. But implementation has been slow, in part because of the turmoil unleashed by the 2011 Arab Spring, which saw the leaders of Tunisia, Libya, Egypt and Yemen toppled by mass protests and the outbreak of civil war in Syria. The leaders are expected to approve a resolution to set up an Africa-Arab Joint Financial Mechanism to provide the means for implementing projects and encouraging investment. They will also discuss establishing an Africa-Arab Technical and Coordination Committee on Migration to help protect migrant workers.