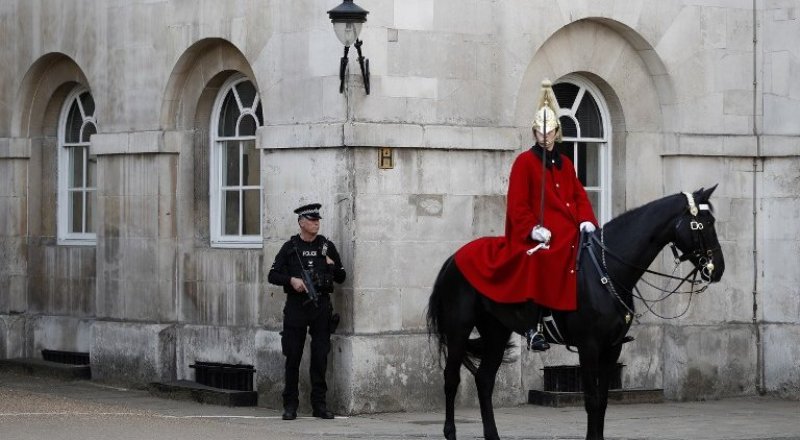 The Brussels attacks have pushed security to the forefront of Britain's EU referendum campaign this week, as intelligence experts came out of the shadows to press the benefits and disadvantages of membership, AFP reports.

A claim by the former head of foreign spy agency MI6, Richard Dearlove, that leaving the bloc would have few security implications sparked interventions from key figures on both sides of the Atlantic.

Prime Minister David Cameron has repeatedly stated that EU membership makes Britain safer and a so-called Brexit would divide the West as it faced global threats from the Islamic State group and Russia.

But Dearlove painted an unflattering image of the quality of intelligence provided by Britain's EU allies.

That position was supported by former CIA chief Michael Hayden, who said the 28-nation bloc could even be a security hindrance.

The former head of communications spy agency GCHQ, David Omand, hit back, arguing that Britain had "the best of both worlds" in both controlling its own borders and having strong security ties with other EU nations.

Another ex-CIA chief, David Petraeus, a former commander of coalition forces in Afghanistan and Iraq, warned that leaving the EU "would only make our world even more dangerous and difficult to manage".

Security was already shaping up to be a key issue ahead of the June 23 referendum, given Britain's heightened state of alert against Islamist terrorism, and the events in Brussels brought many concerns to the fore.

Security is "the one and only issue that is a draw between the two sides", with an even split between people who think Britain is better off in and out, Professor John Curtice of Strathclyde University told AFP.

Joe Twyman, head of political and social research at pollsters YouGov, said the debate could see a short-term shift towards the "Leave" campaign but it would not last.

"Security is important, borders are important but the economy is more important," he said, adding: "I think it would be different if, God forbid, there were to be an attack on Britain."

The anti-European UK Independence Party (UKIP) was quick to blame the EU's passport-free Schengen zone -- of which Britain is not a member -- for allowing the Brussels attackers to travel freely.

Dearlove, who was head of MI6 from 1999 to 2004, also said there would be a "security gain" from bringing greater control over immigration by pulling out of the EU, although he did not clarify.

He said Britain "gives much more than it gets in return" in terms of intelligence sharing with EU partners, and said cooperation would be unlikely to end if Britain left the bloc.

"The truth about Brexit from a national security perspective is that the cost to Britain would be low," he wrote in Prospect magazine.

Former CIA chief Hayden agreed, telling BBC radio: "The (European) Union is not a natural contributor to national security of each of the entity states and in some ways gets in the way of the state providing security for its own citizens."

He said the capabilities of EU states' intelligence agencies were "very uneven".

Campaigners to leave the EU insist that intelligence cooperation through the NATO military alliance would be unaffected, as would key relations with the US.

Other "Remain" campaigners have also emphasised the importance of the European arrest warrant in bringing British terror suspects back to face justice.

And Petraeus warned in an article in The Sunday Telegraph, that a Brexit would deal a "significant blow to the EU's strength and resilience" at a key moment.

"The best way to defend ourselves is precisely by deepening military intelligence and diplomatic cooperation across the Western world... the EU, for all its imperfections, is a vital player in this effort," he wrote.