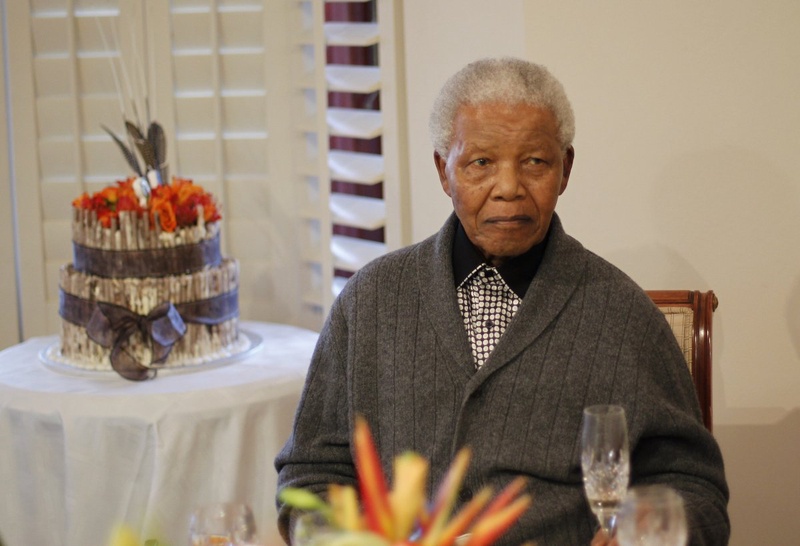 Nelson Mandela. ©REUTERS/SIPHIWE SIBEKO
South Africa will unveil its latest monument to Nelson Mandela on Saturday, a new statue along a rural highway to mark the spot where he was arrested 50 years ago for his struggle against white rule, AFP reports. Mandela, now 94, was arrested as a young liberation fighter on August 5, 1962, near the town of Howick, just months after he founded the armed wing of the African National Congress (ANC). He had recently returned from a trip across Africa drumming up support for the new Umkhonto we Sizwe (MK), or "Spear of the Nation". His life on the lam, dodging apartheid police while making appearances across the country, earned him the nickname "Black Pimpernel". He was arrested while travelling illegally to Johannesburg from Durban, where he had briefed ANC leader Albert Luthuli on his trip. Police found him disguised as a driver under the false name of David Motsamayi, in the car of the (white) theatre director Cecil Williams. His arrest about 100 kilometres (60 miles) from Durban led to 27 years of incarceration, until his release on February 11, 1990. "I realised that to try and get away would be a gamble," Mandela said during a visit to the site in 1993. "I decided the game was up." "The arrest itself was done very courteously, very politely. The policeman was doing his duty, he did it according to the law, he was courteous." It was never known who sold him out. "He did not make himself known to his friends, including me, because we were watched and followed. It came as a surprise to hear that he had been arrested in Howick," George Bizos, a lawyer and close friend of Mandela, told AFP. "We learnt later that he was insufficiently cautious." Mandela made a splash at his trial, arriving to defend himself in court sporting the traditional Xhosa garb made of leopard skin. He was jailed for five years for organising an illegal conference abroad and for leaving the country without permission, before being sentenced to life imprisonment in 1964, when authorities discovered he was the head of the ANC military wing. A modest monument at the site of his arrest was put up in 1996, but it will now be eclipsed by the monumental sculpture made up of 50 steel rods of between five and 10 metres high symbolizing the prison. When viewed from the right angle, a portrait Mandela steers into focus. A makeshift exhibition -- modelled from the Apartheid Museum in Johannesburg -- opened at the site last year, pending the construction of a proper museum. A coffee shop and souvenir vendors of beaded Zulu jewellery have already sprung up, as has a picnic spot where people can stage their weddings. The anniversary of the arrest "reminds the country of how far we have travelled", said Verne Harris of the Nelson Mandela Centre for Memory. "Madiba now lives in a democratic South Africa, while 50 years ago he had to fight for freedom. While we still have many challenges and reality is still harsh for many South Africans, we have come a long way." The anniversary will also be marked by a new "Mandela Day Marathon" on August 26 that will end at the foot of the new monument.