In the US prisoner is acquitted after 39 years 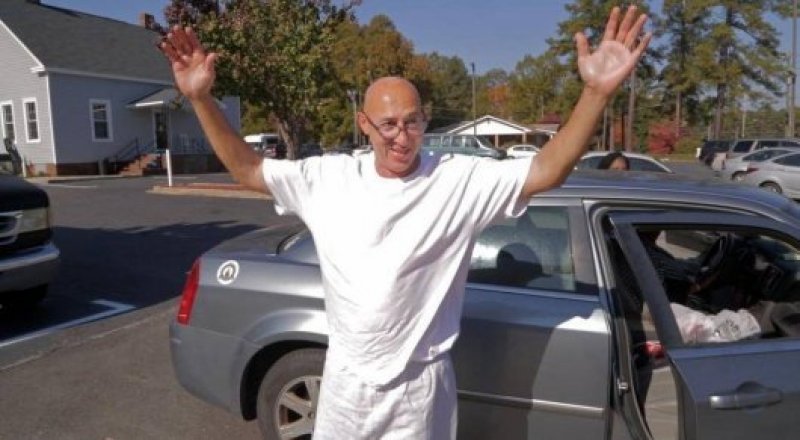 For the first time in 43 years Thursday, James Robert McClurkin saw the sky from outside prison walls. He breathed free air, Herald reports.

It came at 10:43 a.m. It had been 43 years and a month since the Chester native went inside Broad River Correctional Institution. For 39 of those years, he was in for a murder he, and now police and lawyers, say he did not commit.

“I am free,” said McClurkin. “It is great. Just breathing this here is great.....” Then McClurkin cried.

McClurkin was paroled Oct. 11, on his 15th parole hearing on his conviction for the 1973 killing of Chester car wash clerk Claude Killian. In a 1977 trial, where a co-defendant – who later recanted and admitted he lied – blamed McClurkin and Ray Charles Degraffenreid for Killian’s death.

Thursday marked the end of weeks of processing out of prison for a crime he has denied committing since 1977. He was already in prison in 1977 for a 1973 robbery when he was charged in the Killian case, tried twice, convicted at the second trial, and sentenced to life.
Being on parole means McClurkin still stands convicted of the Killian slaying. The next step, say both McClurkin and his lawyer, is exoneration.

“I have been trying for 39 years ... to get someone, anybody, to believe me,” McClurkin said. “I am out now, paroled. I am a free man. But that is not the end. I am still convicted. I want to be exonerated. I did not kill Claude Killian.”

Chester County Sheriff Alex Underwood told the South Carolina parole board Oct. 11 that his office had re-opened the case months ago and his detectives found discrepancies in the original investigation. McCurkin and Degraffenreid, it turns out, had alibis, witnesses and more evidence that showed both were not at the crime scene.

A third man charged in the crime who was used by prosecutors as a witness, Melvin “Smokey” Harris, testified in 1977 that McClurkin and Degraffenreid talked about the robbery and that he saw them flee after shots were fired. Harris died in prison in 2015 after he was convicted in an unrelated 1992 murder.

Before his death, Harris said he lied under oath, and he admitted that he committed the crime, according to court documents and what Underwood’s statement to the parole board Oct. 11.

The parole comes after four decades of McCurkin filing appeals and lawsuits claiming his innocence. Until Underwood stepped in, those claims never were believed – even after Harris recanted and admitted the crime. A judge ruled in 1993 that Harris was not credible because he changed his story three times, court documents show.

Since being given parole Oct. 11, McClurkin has gone through mental and other testing to make sure he is ready to be released into a world that is far different than the one he left. He passed all tests, said his lawyer, Jeffrey Bloom. McClurkin has to report to his parole officer Friday, said Bloom and Pete O’Boyle, spokesman for the S.C. Department of Probation, Parole, and Pardon Services.

“James Robert McClurkin is a man who has spent the past 43 years of his life in prison,” Bloom said. “Thirty-nine of those years were for a murder he did not commit.”

Bloom said he is now compiling documents, interviewing witnesses, and investigating the 1973 Killian crime and 1977 trials to present to a judge evidence that McClurkin should not just have been paroled and freed, but exonerated.

“He deserves to have his name cleared,” Bloom said.

On Thursday, McClurkin was free for the first time since Richard Nixon was president. He called on a cell phone, which did not exist when he entered prison, to tell his family he was free. And then he said he was hungry.

Now McClurkin will wait for his next day in court and what he hopes will be a ruling that he never should have been jailed in the first place.

“Blessings will come out,” McClurkin said. “It’s not over yet. My new life is just starting. It started today.”