The photo was made during the UEFA champions league game between Kazakhstan’s Astana FC and Atletico Madrid on November 3. The match, by the way, ended in a draw.

Ilya Ilyin posted the photo on his Instagram account signing it "Prime Minister Karim Massimov and I". “Good morning to everyone! I do not know about you, but I think that yesterday's match between Astana and Atletico was a victory," he write after the game.

This is actually not the first time Ilya Ilyin takes selfie with ranking Kazakh officials. Last year in December, he made one with Nursultan Nazarbayev, President of Kazakhstan. 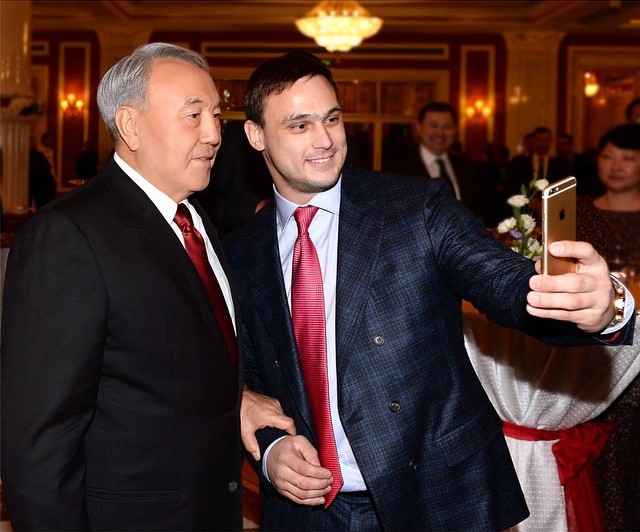 Born in 1988 in Kyzylorda city in southern Kazakhstan, Ilya Ilyin is the first and only two-time Olympic Champion from Kazakhstan. Moreover, he is the current world and Olympic record holder in both the clean and jerk (233 kg) and the overall total (418 kg) in the 94 kg class.

Since his debut at the World Weightlifting Championship in Doha, Qatar in 2005, Ilyin had been continuously winning gold at large competitions including Asian and World Championships and Olympic Games in 2008 and 2012.

In August, the Kazakh athlete set a new world record by lifting 250 kg in clean and jerk.